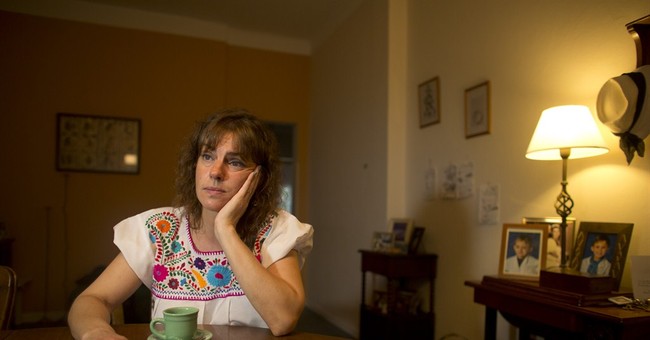 One of the more profitable PowerTrends that subscribers to PowerTrend Profits have benefited from, and continue to benefit from, is The Rise and Fall of the Middle Class. The Rise of the Middle Class refers to the rising disposable incomes in several markets around the world, particularly the emerging markets. As those incomes rise, many are trading up in lifestyle, which drives additional demand for goods and services. You’re seeing that now every time you walk into your local grocery store, given the spike in beef, pork, coffee and other prices.

The flipside of that PowerTrend is the Fall of the Middle Class, and that, sadly, is happening here at home in the United States. Am I happy about it? Certainly not, but the data is what the data is, and that means we as investors need to re-calibrate where we are investing.

According to the latest from Gallup, the payroll to population as of March registered at 42.7%. That alone should get you to second-guess the unemployment rate, but what it doesn’t tell you is that your dollars are not going as far. In the fourth quarter of last year, median weekly earnings of the nation's 104.8 million full-time wage and salary workers were $786. Here’s the good news -- according to the U.S. Bureau of Labor Statistics, that figure rose 1.5% compared to the fourth quarter of 2012.

Now here’s the bad news -- the Consumer Price Index (CPI) rose 1.7% during the same time frame. That means you may be making more money, but your spending power has declined -- you are buying less with more money.

That was the end of 2013, and I’m sad to say the situation has only gotten worse. Wage growth, per the Labor Department’s monthly employment reports, has essentially stagnated, while the prices for gasoline, beef, pork, cocoa, coffee and others have climbed. Not only have gas prices climbed, but they are now higher than they were a year ago. Meanwhile, beef prices are at an all-time high, and companies like Chipotle Mexican Grille (CMG) and others are responding with price increases. As we navigate further into the current earnings season, I expect we will be hearing more of this.

What it means to you is your dollars won’t be stretching as far as they did just several months ago. That tells me that it’s even more important to put the capital you do have to work for you. Subscribers to PowerTrend Profits are experiencing double-digit percentage returns in several Rise and Fall of the Middle Class positions I recommended to them. A case in point is Pilgrim’s Pride (PPC), which is benefitting from the pickup in beef prices that is driving consumers and restaurants to switch to chicken as their protein source.

Rather than sit on the sidelines, perhaps you should get in the game and subscribe to PowerTrend Profits. If you need someone to do the work for you, a good place to start is the Thematic Growth Portfolio, which I manage for Fabian Wealth Strategies.

Peering into the Cloud with Jay Chapel, CEO of Ostrato

The Cloud? You and I have been hearing a lot about it. Companies from Microsoft (MSFT) to Apple (AAPL) and Google (GOOGL) have introduced their One Drive, iCloud and Google Docs offerings. Amazon (AMZN), Salesforce (CRM), VMware (VWM) and others also are involved. But what is the Cloud, and what does it mean for you and corporate America?

In its simplest form, the Cloud provides online resources of software, platforms and infrastructure that are available “as-a-service” for users to consume. It is changing how companies and other institutions not only view IT, but how they are utilizing and managing it. According to research firm IDC, public Cloud spending totaled $47 billion in 2013 and will double in less than four years to $107 billion.

Growth like that is bound to catch investors’ eyes, but understanding the various aspects and opportunities associated with the Cloud is important. That’s why we’re PowerTalking with Jay Chapel, CEO of cloud management solution company Ostrato.

As you’ll hear, despite all of the talk about the cloud during the last few years, Jay says we’re only in the first or second inning of what’s coming. Like any fast-growing industry, there are pain points along the way. For companies like Ostrato, that means opportunity.

Listen to my one-on-one conversation with

In case you missed it, I encourage you to read my PowerTrend Brief from last week on Eagle Daily Investor about how to get the investment information with the best edge.

NOTE: Fabian Wealth Strategies is a Securities and Exchange Commission-registered investment adviser, and is not affiliated with Eagle Financial Publications.