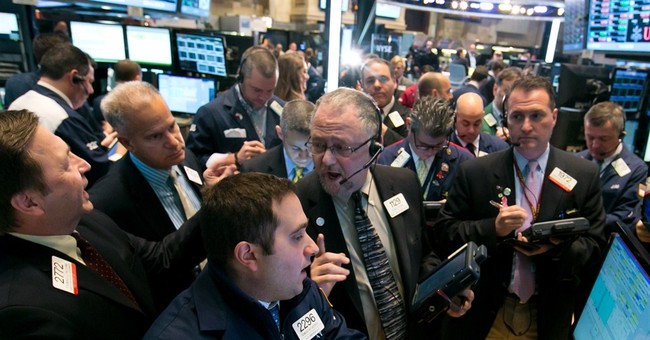 The very heart of PowerTrend investing recognizes the intersection of several powerful forces -- economics, demographics, psychographics, technology, policy and others -- that, when combined, give way to a powerful force that shifts the what, where and how people and businesses go about their daily activities. At the very core, companies, be they business-to-business (B2B) or business-to-consumer (B2C), need to respond to the changing landscape and adapt their business models. If they don’t, odds are they will shift from a once-thriving business to one that is struggling and likely to be left behind and replaced by others.

From an investor perspective, it is the companies that are able to adapt and, even better, thrive in response to the PowerTrend-generated shift that we want to own. As you can probably guess, we want to avoid the ones that are vulnerable and likely to be left behind.

Oftentimes, making the change can be difficult, painful even, and we have to accept that not all companies can make the change and that some will fail while trying. Most will struggle as they try to change.

It’s no secret that McDonald’s (MCD) has been having a tough time during the last several months. The company once again reported disappointing same-store sales for the month of February. In the United States, the company blamed some of the negative comparison on the harsh winter weather we had during February.

“Improved operations and customer service” sounds good, but I think most people would rather have tasty menu items at affordable prices rather than “relevant menu news.” Competitors ranging from Burger King Worldwide (BKW) and Wendy’s Company (WEN) to Arby’s, Panera Bread (PNRA) and Yum! Brands’ (YUM) Taco Bell and KFC, among others, are shaking up their menus to drive customer traffic.

Following its effort at wings, McDonald’s is back at it again with the Bacon Clubhouse Sandwich. This new item, which is part of the company’s limited-time initiative, can be served with either a quarter-pound beef patty or a piece of crispy or grilled chicken. While it’s good to see McDonald’s getting back in the bacon and burger game, new data from the NPD Group reveals where the real growth is, and it's not for lunch or dinner -- it’s with breakfast. Per NPD, U.S. consumers made more than 12.5 billion visits at breakfast time for the 12 months ended December 2013, marking the third consecutive year of increased breakfast traffic. By comparison, traffic for lunch and dinner fell 1% last year.

We already know that Starbucks is rolling up its sleeves and debuting a new round of breakfast sandwiches. Taco Bell is getting into breakfast with its Waffle Taco and other offerings. Here, too, McDonald’s is getting back into it with McCafé Petite Pastries, which are currently being tested in San Diego. According to the San Diego McDonald’s website, the pastries are made with real butter and contain either raspberry or cinnamon cream cheese filling. It seems this is McDonald’s attempt to strike back at Starbucks, Panera Bread and others.

It’s a start, but McDonald’s is going to need far more innovation on its menu while reassuring consumers that its offerings meet expectations. When he returned to Starbucks in 2008, one observation that Howard Schultz shared was how the company was focused on serving millions of customers in thousand of stores and that it lost only one customer at a time. Keep in mind that, at least in the United States, Starbucks franchises on a very limited basis compared to McDonald’s, which has more than 3,000 owner/operators.

Should McDonald’s and its team of owner/operators focus on “good food, good service” to help turn the tide?

Of course it should, but given growth prospects laid out by NPD, McDonald’s could reassure investors by taking back breakfast share with an updated menu that challenges Starbucks in quality and Taco Bell in innovation.

If not, another company will likely be eating McDonald’s lunch.

Privacy And Freedom in the Digital Age with Susan Morgan of GNI
Joining me on PowerTalk this week is Susan Morgan, executive director at the Global Network Initiative (GNI). As executive director, Susan is responsible for continuing to make GNI a leading voice in defending and promoting freedom of expression and privacy in the information and communications technology industry worldwide. With backers ranging from Google (GOOG), Facebook (FB) and Microsoft (MSFT) to Websense (WBSN) and Yahoo (YHOO), GNI is in the thick of it.

Susan and I also talk about the once-secret NSA surveillance programs that former contractor Edward Snowden allegedly leaked. As Susan points out, even the fiercest critics and staunchest defenders of national security surveillance seem to agree -- more transparency from the U.S. government is required.

In case you missed it, I encourage you to read myPowerTrend Brieffrom last week onEagle Daily Investoraboutwhat the weather and Warren Buffett can tell us about the future direction of the economy. I also invite you to comment in the space provided below my column atEagle Daily Investor.