Christopher Hitchens, longtime contributor to The Nation, wrote a wide-ranging, biweekly column for the magazine from 1982 to 2002. With trademark savage wit, Hitchens flattens hypocrisy inside the Beltway and around the world, laying bare the "permanent government" of entrenched powers and interests.

Born in 1949 in Portsmouth, England, Hitchens received a degree in philosophy, politics and economics from Balliol College, Oxford, in 1970.

His books include Callaghan: The Road to Number Ten (Cassell, 1976); Hostage to History: Cyprus From the Ottomans to Kissinger (Farrar, Straus & Giroux, 1989); Imperial Spoils: The Case of the Parthenon Marbles (Hill and Wang, 1989); Blood, Class and Nostalgia: Anglo-American Ironies (Farrar, Straus & Giroux, 1990); and The Missionary Position: Mother Teresa in Theory and Practice (Verso, 1995); as well as two collections including many Nation essays: Prepared for the Worst (Hill and Wang, 1989) and For the Sake of Argument: Essays & Minority Reports (Verso, 1993). His most recent book is No One Left to Lie To: The Values of the Worst Family (Verso, 2000).

Hitchens has been Washington editor of Harper's and book critic for Newsday, and regularly contributes to such publications as Granta, The London Review of Books, Vogue, New Left Review, Dissent and the Times Literary Supplement. 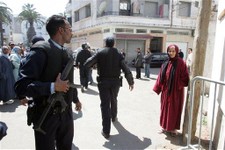