Chip Pickering hails from Laurel, Mississippi. Currently serving his sixth term representing Mississippi’s Third District, he was first elected to Congress in 1996, at the age of 33. Chip serves on the House Energy & Commerce Committee.

Before coming to Congress, Chip pioneered the first full-time presence by a Southern Baptist missionary behind the Iron Curtain in Budapest, the capital of then communist Hungary. President George H. W. Bush appointed Pickering to the United States Department of Agriculture to bring economic and democratic reform to Eastern Europe and the Soviet Union.

Later, as a member of Senate Majority Leader Trent Lott’s staff, and as a professional staff member on the Senate Commerce Committee, Chip helped shape the landmark Telecommunications Act of 1996. He continues to be a leader on telecommunications and technology issues reflecting the growing importance of these industries to Mississippi’s future. Chip also took the lead in passing FEMA, government emergency response, and contracting reform following the 2005 Hurricane Katrina Disaster.

Chip served as George W. Bush’s Co-Chairman of Mississippi for Bush 2000 and Bush 2004. Chip’s ever growing record of achievement has earned him a reputation as an effective voice for Mississippi’s interests, a rising star in the Congress, and champion for the changes that are transforming America’s economy in this century and beyond.

McCain And The Enduring Judiciary
April 20, 2007 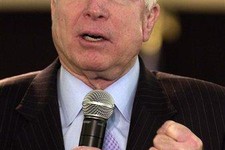