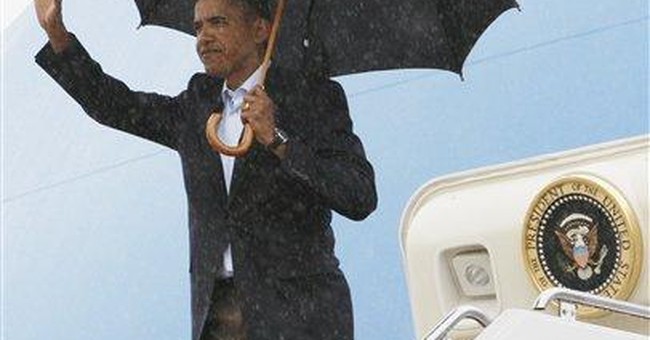 Community colleges, once the stepchildren of higher education, have become objects of loving attention by the Obama administration, which is looking for ways to shower them with federal dollars. On July 14 President Obama announced a proposal to invest $12 billion in federal spending for community colleges so they could help laid-off workers and others hit by the current recession learn "the skills they need to fill the jobs of the future." Earlier, U.S. Education Secretary Arne Duncan had announced a $7 million federal grant competition "to establish innovative and sustainable community college programs that prepare displaced workers for second careers." The aim of both programs is to boost the number of Americans earning degrees and certificates from community colleges by up to 5 million over the next decade, according to Obama.

That undoubtedly sounds like good news to the nation's 1,045 community colleges (according to Education Department figures), which are experiencing record enrollments this fall as strapped families look around for cheaper alternatives for the first two years of college (most community colleges offer a two-year associate degree in academic subjects). Annual tuition at private four-year institutions is typically about $25,000, and in-state tuition at public four-year schools is in the $8,000 range. Community colleges typically charge a bargain-basement $2,500 a year. Add to that the lure of small classes (fewer than 35 students on average), open-enrollment policies that offer second chances to young people who goofed off in high school, and wide arrays of vocational and career-preparation programs. George R. Boggs, president of the American Association of Community Colleges, points out that two-year schools "prepare most of the nation's registered nurses, police officer, paramedics, firefighters, and registered nurses."

That's the upside of community colleges. But there's a downside that suggests that the Obama administration might spend its job-training dollars more effectively and efficiently elsewhere. Here it is: Community colleges do a spectacularly terrible job of producing community-college graduates. Currently more than 6 million students are enrolled in community colleges nationwide, 35 percent of all students attending post-secondary institutions. Only around 6 percent of them will manage to pick up two-year degree after three years in school, compared with the 54 percent of students enrolled in four-year colleges who manage to graduate within six years. The community-college system produces about 1 million graduates a year, or fewer than 1,000 per college. According to the National Center for Education Statistics, 45 percent of community college students drop out for good within three years. The others struggle along, enrolling part-time, taking semesters or even years off to make money for tuition or attend to family problems-and still never graduate. That might be fine-except that every year spent without completing a program is a year spent without the extra earnings or new career that the program is supposed to produce.

Take Cuyahoga Community College in Cleveland, a well-regarded institution whose top-rated nursing program includes training at the prestigious Cleveland Clinic. For the 2008-2009 academic year, Tri-C, as Clevelanders call it, enrolled 24,311 for-credit students at its three campuses. Its graduating class for the spring of 2009 totaled only 1,679 recipients of two-year associate degrees, plus another 214 who received certificates in shorter programs. The average time it takes to complete a two-year degree at Tri-C is 7.8 years. Tri-C likes to call its vast majority of on-and-off students "stop-outs, not dropouts," but dropping out is ultimately what most of them do.

Part of the problem, at Tri-C and elsewhere, is that, thanks to open enrollment and spotty K-12 education, most entering students at community colleges are not academically equipped to do college-level work. At Tri-C, for example, a full 80 percent of entering students place into remedial math and 57 percent into remedial English, both prerequisites that must be passed in order to take regular freshman courses. Anywhere from one-third to one-half of students fail those remedial courses and don't return to Tri-C, often for good. The other part of the problem is that the college-for-all ethos of the community college system produces large numbers of enrollees who don't know exactly why they're there. "They float in and out. They tend to accumulate a lot of credits, but they have no coherent goals or academic plans," says Carol D'Amico, former assistant secretary for vocational and adult education during George W. Bush's presidency.

D'Amico suggests that community colleges take a leaf from the book of for-profit colleges, which serve a similar student population. The for-profits don't have great graduation rates (40 percent, according to an industry study), but they do manage to channel many more of their students along clear academic paths that lead to degrees, jobs, and higher earnings. Community colleges could use some of that focus: minimal admissions standards that require applicants to get remedial work out of the way before they enroll; specific, clearly defined courses of study, whether vocational or strictly academic; guidance counseling to help students figure out what they want and stay on track; and time limits for graduation. Changes like those would not only help the Obama administration achieve its goal of using community colleges as training grounds for displaced workers but actually see some of those 500,000 more community-college graduates per year that are also an administration goal.