Born May 24, 1960, Charlie Dent is a life-long Lehigh Valley resident. He was born and raised in Allentown, the son of Walter R. "Pete" Dent and Marjorie Dent. Pete worked at Bethlehem Steel and Margie was a schoolteacher.

Charlie graduated from William Allen High School in 1978 and earned a degree in Foreign Service and International Politics from Pennsylvania State University in 1982 and a Master's Degree in Public Administration from Lehigh University in Bethlehem in 1993.

The Charlie and his wife Pamela reside in Allentown with their three children, Kathryn Elizabeth, William Reed and Charles John "Jack" Dent.

Charlie and his family now represent the 6th generation of Dents to live in the Lehigh Valley. Charlie Dent’s great-grandfather, Henry Hewitt Dent, came to America and founded the Dent Hardware Company in the Fullerton section of Whitehall in 1894.

In 1990, Dent ran for Pennsylvania’s 132nd State House of Representatives seat in Allentown and South Whitehall. That year, Charlie knocked on 20,000 doors and won a stunning victory!

After serving eight years in the State House, Charlie won election in 1998 to the State Senate in Pennsylvania’s 16th District. Dent was re-elected in 2002 with 65% of the vote.

The people of the 15th District elected Charlie to Congress on Nov. 2, 2004. He was sworn in as a Member of the 109th Congress on Jan. 3, 2005. Charlie serves on three House committees: Transportation and Infrastructure, Homeland Security and Government Reform. 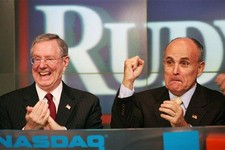