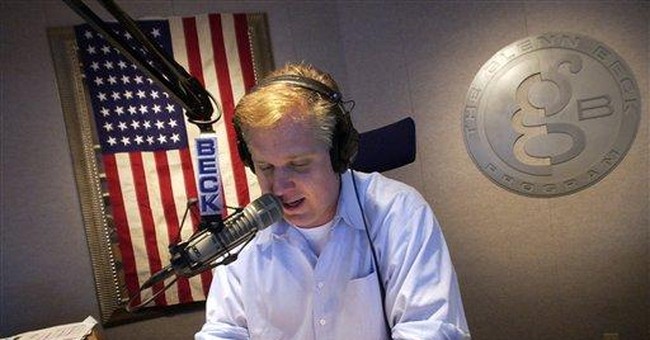 The White House has declared war on Fox News. White House communications director Anita Dunn said that Fox is "opinion journalism masquerading as news." Patting rival networks on the head for their authenticity (read: docility), senior adviser David Axelrod declared Fox "not really a news station." And Chief of Staff Emanuel told (warned?) the other networks not to "be led (by) and following Fox."

Meaning? If Fox runs a story critical of the administration -- from exposing White House czar Van Jones as a loony 9/11 "truther" to exhaustively examining the mathematical chicanery and hidden loopholes in proposed health care legislation -- the other news organizations should think twice before following the lead.

The signal to corporations is equally clear: You might have dealings with a federal behemoth that not only disburses more than $3 trillion every year but is extending its reach ever deeper into private industry -- finance, autos, soon health care and energy. Think twice before you run an ad on Fox.

At first, there was little reaction from other media. Then on Thursday, the administration tried to make them complicit in an actual boycott of Fox. The Treasury Department made available Ken Feinberg, the executive pay czar, for interviews with the White House "pool" news organizations -- except Fox. The other networks admirably refused, saying they would not interview Feinberg unless Fox was permitted to as well. The administration backed down.

This was an important defeat because there's a principle at stake here. While government can and should debate and criticize opposition voices, the current White House goes beyond that. It wants to delegitimize any significant dissent. The objective is no secret. White House aides openly told Politico that they're engaged in a deliberate campaign to marginalize and ostracize recalcitrants, from Fox to health insurers to the U.S. Chamber of Commerce.

There's nothing illegal about such search-and-destroy tactics. Nor unconstitutional. But our politics are defined not just by limits of legality or constitutionality. We have norms, Madisonian norms.

Madison argued that the safety of a great republic, its defense against tyranny, requires the contest between factions or interests. His insight was to understand "the greater security afforded by a greater variety of parties." They would help guarantee liberty by checking and balancing and restraining each other -- and an otherwise imperious government.

Factions should compete, but also recognize the legitimacy of other factions and, indeed, their necessity for a vigorous self-regulating democracy. Seeking to deliberately undermine, delegitimize and destroy is not Madisonian. It is Nixonian.

But didn't Teddy Roosevelt try to destroy the trusts? Of course, but what he took down was monopoly power that was extinguishing smaller independent competing interests. Fox News is no monopoly. It is a singular minority in a sea of liberal media. ABC, NBC, CBS, PBS, NPR, CNN, MSNBC vs. Fox. The lineup is so unbalanced as to be comical -- and that doesn't even include the other commanding heights of the culture that are firmly, flagrantly liberal: Hollywood, the foundations, the universities, the elite newspapers.

Fox and its viewers (numbering more than CNN's and MSNBC's combined) need no defense. Defend Fox compared to whom? To CNN -- which recently unleashed its fact-checkers on a "Saturday Night Live" skit mildly critical of President Obama, but did no checking of a grotesquely racist remark CNN falsely attributed to Rush Limbaugh?

Defend Fox from whom? Fox's flagship 6 o'clock evening news out of Washington (hosted by Bret Baier, formerly by Brit Hume) is, to my mind, the best hour of news on television. (Definitive evidence: My mother watches it even on the odd night when I'm not on.) Defend Fox from the likes of Anita Dunn? She's been attacked for extolling Mao's political philosophy in a speech at a high school graduation. But the critics miss the surpassing stupidity of her larger point: She was invoking Mao as support and authority for her impassioned plea for individuality and trusting one's own choices. Mao as champion of individuality? Mao, the greatest imposer of mass uniformity in modern history, creator of a slave society of a near-billion worker bees wearing Mao suits and waving the Little Red Book?

The White House communications director cannot be trusted to address high schoolers without uttering inanities. She and her cohorts are now to instruct the country on truth and objectivity?