Bonfire of the Trivialities 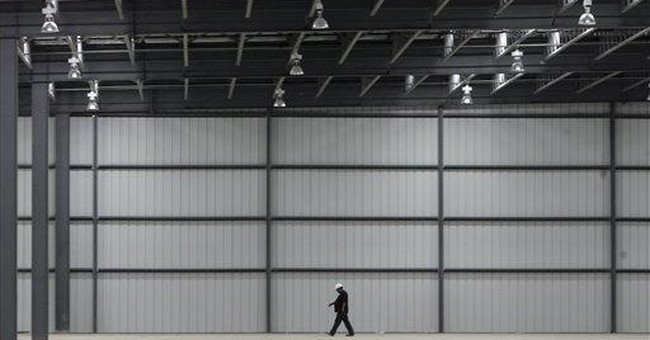 WASHINGTON -- A $14 trillion economy hangs by a thread composed of (a) a comically cynical, pitchfork-wielding Congress, (b) a hopelessly understaffed, stumbling Obama administration, and (c) $165 million.

That's $165 million in bonus money handed out to AIG debt manipulators who may be the only ones who know how to defuse the bomb they themselves built. Now, in the scheme of things, $165 million is a rounding error. It amounts to less than 1/18,500 of the $3.1 trillion federal budget. It's less than one-tenth of 1 percent of the bailout money given to AIG alone. If Bill Gates were to pay these AIG bonuses every year for the next 100 years, he'd still be left with more than half his personal fortune.

For this we are going to poison the well for any further financial rescues, face the prospect of letting AIG go under (which would make the Lehman Brothers collapse look trivial) and risk a run on the entire world financial system?

And there is such a thing as law. The way to break a contract legally is Chapter 11. Short of that, a contract is a contract. The AIG bonuses were agreed to before the government takeover and are perfectly legal. Is the rule now that when public anger is kindled, Congress summarily cancels contracts?

Even worse are the clever schemes now being cooked up in Congress to retrieve the money by means of some retroactive confiscatory tax. The common law is pretty clear about the impermissibility of ex post facto legislation and bills of attainder. They also happen to be specifically prohibited by the Constitution. We're going to overturn that for $165 million?

Nor has the president behaved much better. He too has been out there trying to lead the mob. But it's a losing game. His own congressional Democrats will out-demagogue him and heap the blame on the hapless Timothy Geithner.

Geithner has been particularly maladroit in handling this issue. But the reason he didn't give the bonuses much attention is because he's got far better things to do -- namely, work out a rescue plan for a dysfunctional credit system that is holding back any chance of recovery

It is time for the president to state the obvious: This recession is not caused by excessive executive compensation in government-controlled companies. The economy has been sinking because of a lack of credit, stemming from a general lack of confidence, stemming from the lack of a plan to detoxify the major lending institutions, mainly the banks, which, to paraphrase Willie Sutton, is where the money used to be.

Obama has been strangely passive about this single greatest threat to the country. In his address to Congress and his budget, he's been far more interested in his grand program for reshaping the American social contract in health care, energy and education.

Obama delegates to Geithner plans for a bailout -- and Geithner (thus far) delivers nothing. Obama delegates to Nancy Pelosi and her congressional grandees the writing of all things fiscal -- and gets a $787 billion stimulus package that is a wish list of liberal social spending, followed by a $410 billion omnibus spending bill festooned with pork and political paybacks.

That bill, we now discover, contains, among other depth charges, a Teamster-supported provision inserted by Sen. Byron Dorgan that terminates a Bush-era demonstration project to allow some Mexican trucks onto American highways, as required under NAFTA.

If you thought the AIG hysteria was a display of populist cynicism directed at a relative triviality, consider this: There are more than 6.5 million trucks in the United States. The program Congress terminated allowed 97 Mexican trucks to roam among them. Ninety-seven! Shutting them out not only undermines NAFTA. It caused Mexico to retaliate with tariffs on 90 goods affecting $2.4 billion in U.S. trade coming out of 40 states.

The very last thing we need now is American protectionism. It is guaranteed to start a world trade war. A deeply wounded world economy needs two things to recover: (1) vigorous U.S. government action to loosen credit by detoxifying the zombie banks and insolvent insurers, and (2) avoidance of a trade war.

Free trade is the one area where the world indisputably turns to Washington for leadership. What does it see? Grandstanding, parochialism, petty payoffs to truckers and a rush to mindless populism. Over what? Over 97 Mexican trucks -- and bonus money that comes to what the Yankees are paying for CC Sabathia's left arm.