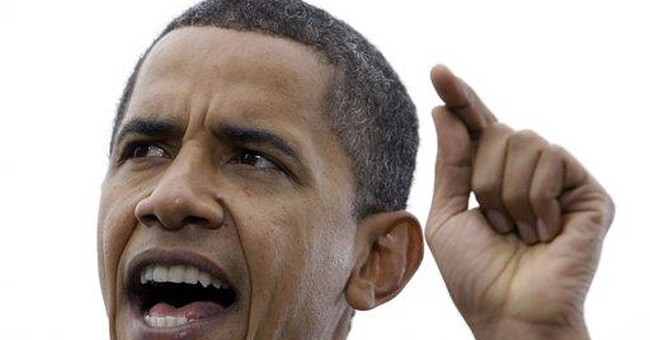 WASHINGTON -- Convicted felon Tony Rezko. Unrepentant terrorist Bill Ayers. And the race-baiting Rev. Jeremiah Wright. It is hard to think of any presidential candidate before Barack Obama sporting associations with three more execrable characters. Yet let the McCain campaign raise the issue, and the mainstream media begin fulminating about dirty campaigning tinged with racism and McCarthyite guilt by association.

But associations are important. They provide a significant insight into character. They are particularly relevant in relation to a potential president as new, unknown, opaque and self-contained as Obama. With the economy overshadowing everything, it may be too late politically to be raising this issue. But that does not make it, as conventional wisdom holds, in any way illegitimate.

McCain has only himself to blame for the bad timing. He should months ago have begun challenging Obama's associations, before the economic meltdown allowed the Obama campaign (and the mainstream media, which is to say the same thing) to dismiss the charges as an act of desperation by the trailing candidate.

McCain had his chance back in April when the North Carolina Republican Party ran a gubernatorial campaign ad that included the linking of Obama with Jeremiah Wright. The ad was duly denounced by The New York Times and other deep thinkers as racist.

This was patently absurd. Racism is treating people differently and invidiously on the basis of race. Had any white presidential candidate had a close 20-year association with a white preacher overtly spreading race hatred from the pulpit, that candidate would have been not just universally denounced and deemed unfit for office but written out of polite society entirely.

Nonetheless, John McCain in his infinite wisdom, and with his overflowing sense of personal rectitude, joined the braying mob in denouncing that perfectly legitimate ad, saying it had no place in any campaign. In doing so, McCain unilaterally disarmed himself, rendering off-limits Obama's associations, an issue that even Hillary Clinton addressed more than once.

Obama's political career was launched with Ayers giving him a fundraiser in his living room. If a Republican candidate had launched his political career at the home of an abortion-clinic bomber -- even a repentant one -- he would not have been able to run for dogcatcher in Podunk. And Ayers shows no remorse. His only regret is that he "didn't do enough."

Why are these associations important? Do I think Obama is as corrupt as Rezko? Or shares Wright's angry racism or Ayers' unreconstructed 1960s radicalism?

No. But that does not make these associations irrelevant. They tell us two important things about Obama.

First, his cynicism and ruthlessness. He found these men useful, and use them he did. Would you attend a church whose pastor was spreading racial animosity from the pulpit? Would you even shake hands with -- let alone serve on two boards with -- an unrepentant terrorist, whether he bombed U.S. military installations or abortion clinics?

Most Americans would not, on the grounds of sheer indecency. Yet Obama did, if not out of conviction then out of expediency. He was a young man on the make, an unknown outsider working his way into Chicago politics. He played the game with everyone, without qualms and with obvious success.

Obama is not the first politician to rise through a corrupt political machine. But he is one of the rare few to then have the audacity to present himself as a transcendent healer, hovering above and bringing redemption to the "old politics" -- of the kind he had enthusiastically embraced in Chicago in the service of his own ambition.

Second, and even more disturbing than the cynicism, is the window these associations give on Obama's core beliefs. He doesn't share Rev. Wright's poisonous views of race nor Ayers' views, past and present, about the evil that is American society. But Obama clearly did not consider these views beyond the pale. For many years he swam easily and without protest in that fetid pond.

Until now. Today, on the threshold of the presidency, Obama concedes the odiousness of these associations, which is why he has severed them. But for the years in which he sat in Wright's pews and shared common purpose on boards with Ayers, Obama considered them a legitimate, indeed unremarkable, part of social discourse.

Do you? Obama is a man of first-class intellect and first-class temperament. But his character remains highly suspect. There is a difference between temperament and character. Equanimity is a virtue. Tolerance of the obscene is not.