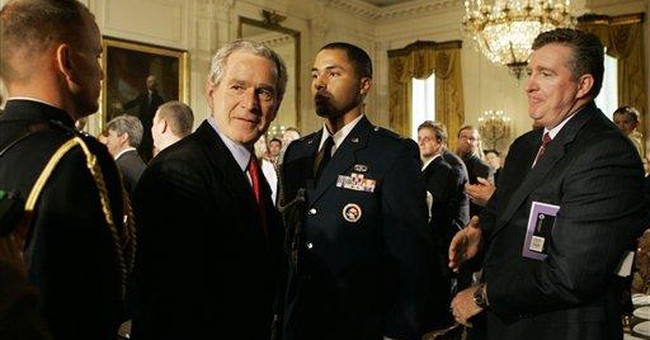 "If human embryonic stem cell research does not make you at least a little bit uncomfortable, you have not thought about it enough."

WASHINGTON -- A decade ago, Thomson was the first to isolate human embryonic stem cells. Last week, he (and Japan's Shinya Yamanaka) announced one of the great scientific breakthroughs since the discovery of DNA: an embryo-free way to produce genetically matched stem cells.

Even a scientist who cares not a whit about the morality of embryo destruction will adopt this technique because it is so simple and powerful. The embryonic stem cell debate is over.

Which allows a bit of reflection on the storm that has raged ever since the August 2001 announcement of President Bush's stem cell policy. The verdict is clear: Rarely has a president -- so vilified for a moral stance -- been so thoroughly vindicated.

In doing so, he invited unrelenting demagoguery by an unholy trinity of Democratic politicians, research scientists and patient advocates who insisted that anyone who would put any restriction on the destruction of human embryos could be acting only for reasons of cynical politics rooted in dogmatic religiosity -- a "moral ayatollah," as Sen. Tom Harkin so scornfully put it.

Bush got it right. Not because he necessarily drew the line in the right place. I have long argued that a better line might have been drawn -- between using doomed and discarded fertility-clinic embryos created originally for reproduction (permitted) and using embryos created solely to be disassembled for their parts, as in research cloning (prohibited). But what Bush got right was to insist, in the face of enormous popular and scientific opposition, on drawing a line at all, on requiring that scientific imperative be balanced by moral considerations.

History will look at Bush's 2001 speech and be surprised how balanced and measured it was, how much respect it gave to the other side. Read it. Here was a presidential policy pronouncement that so finely and fairly drew out the case for both sides that until the final few minutes of his speech, you had no idea where the policy would end up.

The president's policy recognized that this might cause problems. The existing lines might dry up, prove inadequate or become corrupted. Bush therefore appointed a President's Council on Bioethics to oversee ongoing stem cell research and evaluate how his restrictions were affecting research and what means might be found to circumvent ethical obstacles.

More vilification. The mainstream media and the scientific establishment saw this as a smokescreen to cover his fundamentalist, obscurantist, anti-scientific -- the list of adjectives was endless -- tracks. "Some observers," wrote The Washington Post's Rick Weiss, "say the president's council is politically stacked."

I sat on the council for five years. It was one of the most ideologically balanced bioethics commission in the history of this country. It consisted of scientists, ethicists, theologians, philosophers, physicians -- and others (James Q. Wilson, Francis Fukuyama and me among them) of a secular bent not committed to one school or the other.

That balance of composition was reflected in the balance in the reports issued by the council -- documents of sophistication and nuance that reflected the divisions both within the council and within the nation in a way that respectfully presented the views of all sides. One recommendation was to support research that might produce stem cells through "de-differentiation" of adult cells, thus bypassing the creation of human embryos.

That Holy Grail has now been achieved. Largely because of the genius of Thomson and Yamanaka. And also because of the astonishing good fortune that nature requires only four injected genes to turn an ordinary adult skin cell into a magical stem cell that can become bone or brain or heart or liver.

But for one more reason as well. Because the moral disquiet that James Thomson always felt -- and that George Bush forced the country to confront -- helped lead him and others to find some ethically neutral way to produce stem cells. Providence then saw to it that the technique be so elegant and beautiful that scientific reasons alone will now incline even the most willful researchers to leave the human embryo alone.