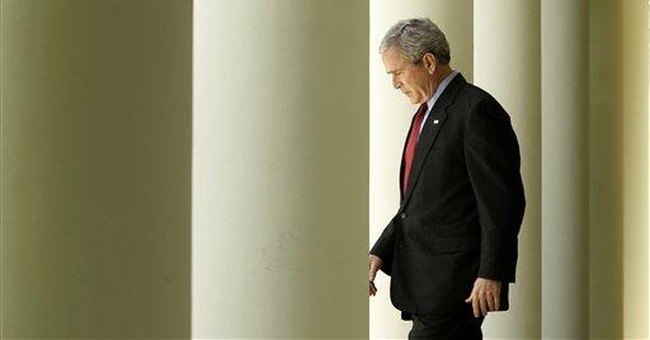 WASHINGTON -- As the most attractive land for would-be immigrants, America has the equivalent of the first 100 picks in the NBA draft. Yet through lax border control and sheer inertia, it allows those slots to be filled by (with apologies to Bill Buckley) the first 100 names in the San Salvador phone book.

The immigration compromise now being debated in Congress does improve our criteria for selecting legal immigrants. Unfortunately, its inadequacies in dealing with illegal immigration -- specifically, ensuring that 10 years from now we will not have a new cohort of 12 million demanding amnesty -- completely swamp the good done on legal immigration.

Today, preference for legal immigration is given not to the best and the brightest waiting on long lists everywhere on Earth to get into America, but to family members of those already here. Given that America has the pick of the world's energetic and entrepreneurial, this is a stunning competitive advantage, stunningly squandered.

The current reform would establish a point system for legal immigrants in which brains and enterprise count. This is a significant advance. However, before we get too ecstatic about finally doing the blindingly obvious, note two caveats:

(a) This new point system doesn't go into effect for eight years -- eight years of a new flood of immigrants chosen not for aptitude but bloodline. And who knows if a different Congress eight years from now will keep the current bargain.

(b) It's not enough to just create a point system in which credit is given for education, skills and English competence. These points can be outweighed by points given for -- you guessed it -- family ties, which are already built into the proposed new point system. There are already amendments on the Senate floor to magnify the value of being a niece rather than a nurse. (Barack Obama is proposing to abolish the point system entirely in five years.) A point system can be manipulated to give far more weight to family than skills -- until it becomes nothing but a cover for the old chain-migration system.

As for the bill's provisions about illegal immigration, let's not quibble: It grants the essentials of amnesty. True, there is a $5,000 fine (for a family of five!) attached to registering for legal status in the U.S. But the truly significant penalty for illegal immigration is deportation -- which undoes everything the immigrant has built in America. When the feds raid a sweatshop, the fear is not that the agent will grab you and yell, ``We are here to collect a fine.'' The fear is that he will yell, ``We are here to deport you back to the subsistence and misery you fled in China.''

From the moment this bill is signed, every illegal alien who does not have a criminal record can register with the U.S. government for temporary legal status. Moreover, as soon as the president certifies that certain border enforcement triggers have been met, this cohort of 12 million becomes eligible for the new Z-visa -- renewable until death -- which allows them to stay and work and travel and re-enter.

This is amnesty -- and I would be all in favor of it if I believed in the border enforcement mechanisms in this bill. If these are indeed the last illegal immigrants to come in, let us generously and humanely take them out of the shadows. But if we don't close the border, that generous and humane gesture will be an announcement to the world that the smart way to come to America is illegally.

In this bill, unfortunately, enforcement at the border is all bureaucratic inputs and fancy gadgets: principally, a doubling of the border patrol to 28,000, lots of high-tech sensors and four unmanned aerial vehicles. And 370 miles of fence -- half of what Congress had mandated last year.

Does anyone imagine these will stop the flood? Four UAVs? And how does 370 miles of fence close a border of 2,100 miles? And if fences work (of course they do: look at the San Diego fence), why not build one all the way?

The amnesty is triggered upon presidential certification that these bureaucratic benchmarks are met -- regardless of what is actually happening at the border. What vacuous nonsense. The trigger must be something real. I propose a single amendment, short and very concrete: ``The amnesty shall be declared the morning after the president has certified (citing disinterested studies) that illegal immigration across the southern border has been reduced by 90 percent.'' That single provision would guarantee passage of this comprehensive reform because most Americans would be glad to grant a generous amnesty -- if they can be assured it would be the last.