False hope isn't hope at all 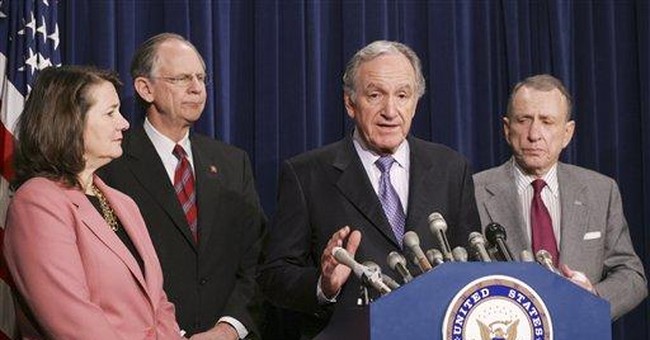 WASHINGTON -- When President Bush announced in August 2001 his restrictive funding decision for federal embryonic stem cell research, he was widely attacked for an unwarranted intrusion of religion into scientific research. His solicitousness for a 200-cell organism -- the early embryo that Bush declared should not be destroyed to produce a harvest of stem cells -- was roundly denounced as reactionary and anti-scientific. And cruel to boot. It was preventing the cure for thousands of people with hopeless and terrible diseases, from diabetes to spinal cord injury. As John Edwards put it most starkly and egregiously in 2004: If John Kerry becomes president, Christopher Reeve will walk again.

This kind of stem cell advocacy did not just shamefully inflate its promise. It tended to misrepresent the basis for putting restrictions on embryonic research, insisting that it was nothing more than political enforcement of the religious fundamentalist belief that life begins at conception.

This has always been a tendentious characterization of the argument for restricting stem cell research that relies on the destruction of embryos. I have long supported legal abortion. And I don't believe that life -- meaning the attributes and protections of personhood -- begins at conception. Yet many secularly inclined people like me have great trepidation about the inherent dangers of wanton and unrestricted manipulation -- to the point of dismemberment -- of human embryos.

You don't need religion to tremble at the thought of unrestricted embryo research. You simply have to have a healthy respect for the human capacity for doing evil in pursuit of the good. Once we have taken the position of many stem cell advocates that embryos are discardable tissue with no more intrinsic value than a hangnail or an appendix, then all barriers are down. What is to prevent us from producing not just tissues and organs, but human-like organisms for preservation as a source of future body parts on demand?

South Korea enthusiastically embraced unrestricted stem cell research. The subsequent greatly heralded breakthroughs -- accompanied by lamentations that America was falling behind -- were eventually exposed as a swamp of deception, fraud and coercion.

The slope is very slippery. Which is why, even though I disagreed with where the president drew the line -- I would have permitted the use of fertility-clinic embryos that are discarded and going to die anyway -- I applauded his insistence that some line must be drawn, that human embryos are not nothing, and that societal values, not just the scientific imperative, should determine how they are treated.

Congress will soon vote to erase Bush's line. But future generations may nonetheless thank Bush for standing athwart history, if only for a few years. It gave technology enough time to catch up and rescue us from the moral dilemmas of embryonic destruction. It has just been demonstrated that stem cells with enormous potential can be harvested from amniotic fluid.

This is a revolutionary finding. Amniotic fluid surrounds the baby in the womb during pregnancy. It is routinely drawn out by needle in amniocentesis. The procedure carries little risk and is done for legitimate medical purposes that have nothing to do with stem cells. If it nonetheless yields a harvest of stem cells, we have just stumbled upon an endless supply.

And not just endless, but uncontroversial. No embryos are destroyed. The cells are just floating there, as if waiting for science to discover them.

If it is proved that these are the Goldilocks of stem cells, history will record the amniotic breakthrough as the turning point in the evolution of stem cell research from a narrow, difficult, delicate and morally dubious enterprise into an uncontroversial one with raw material produced unproblematically every day.

It will have turned out that Bush's unpopular policy held the line, however arbitrary and temporary, against the wanton trampling of the human embryo just long enough for a morally neutral alternative to emerge. And it did force the country to at least ponder the moral cost of turning one potential human being into replacement parts for another. Who will be holding the line next time, when another Faustus promises medical nirvana if he is permitted to transgress just one moral boundary?