Do You Know the Real Barack Obama? 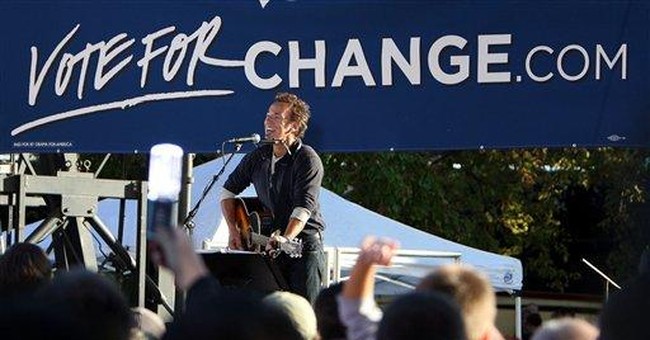 As the 2008 presidential campaign hurtles into its final days, John McCain confronts a choice: He can either start telling the public about the real Barack Obama, or he can lose.

For much of his career, McCain has been a media darling. He could count on the press to carry his water as long as he was a “maverick” Republican, driving more conservative members of his party crazy. But as he surely knows by now, when it comes to Barack Obama and the press, all bets are off. In covering Obama, the press has adopted a “don’t ask/don’t tell” policy designed to boost the least-vetted, least-known candidate ever to seek the presidency. It isn’t by accident that the media has denied all less-than-glowing stories about Obama the kind of consistent, sustained coverage that allows them to penetrate public consciousness.

If McCain is going to have a chance at winning, he must make sure that the public becomes thoroughly acquainted with the real Barack Obama – the most radical presidential nominee ever. And because the press evidently intends to abdicate its responsibility to acquaint voters with the less-popular parts of Obama’s record, he’ll have to rely on paid advertising to do it.

For starters, McCain should consider running a series of “Did You Know” ads about Barack Obama. He should ask voters, “Did you know that:

Barack Obama has multiple ties to those responsible for the present economic crisis?:

Franklin Raines, the immediate past CEO of Fannie Mae – who has collected a $90 million golden parachute while driving Fannie into the ground – has advised Obama on housing issues.

Jim Johnson, yet another former Fannie Mae CEO, resigned from Obama’s vice presidential search team when it was revealed he had received a sweetheart home mortgage deal.

Despite serving in the Senate for only four years, Obama himself has been the second-largest recipient of Fannie Mae and Freddie Mac largesse in the entire Congress, ahead even of former presidential candidate John Kerry, who’s spent two decades in the Senate?

Obama’s long-time political ally, radical group ACORN, played a key role in pressuring banks to offer loans to those who were unlikely to be able to pay them back. ACORN has taken credit for pressuring banks to accept undocumented income as a basis for offering loans, for offering loans without using credit scores, and for making 100% financed loans available to low-income people.

There is more, of course. Do voters know:

That, in apparent defiance of federal election law, the Obama campaign refuses to identify individual donors who have provided almost half the funds for his campaign, including obvious fakes like “Mr. Good Will” and “Mr. Doodad Pro”? And that 11,500 donations to his campaign – totaling almost $34 million – may have come from overseas? Or that two Palestinians living in a Hamas-controlled refugee camp spent $31,300 in Obama’s online store? Who are all these people, and why won’t the Obama campaign obey the law and identify them?

That Jeremiah Wright wasn’t Obama’s first radical mentor? As a young man in Hawaii, Obama had a quasi-filial relationship with radical Frank Marshall Davis – an avowed member of the Communist Party of the USA. In fact, in his memoirs, Obama concedes that he attended “socialist conferences” and encountered Marxist literature. (Now imagine the outcry if a Republican presidential candidate had such ties to a Nazi).

That the People's Weekly World – the official newspaper of the Communist Party of the USA – has rhapsodized about Obama’s presidential campaign, calling it a "transformative candidacy that would advance progressive politics for the long term"? (Think about how the press would react if a fascist newspaper heaped such praise on McCain.)

That Obama has routinely tried to intimidate his critics into silence? His political organization spearheaded a massive campaign against a Chicago radio show that invited one of his critics to appear – even after being asked (and refusing) to send a representative to balance the program, hosted by a non-partisan University of Chicago psychology professor. Worse, his campaign sought to chill free speech by establishing a “truth squad” of Missouri prosecutors and sheriffs, which threatened a “vigorous response” to any ad presenting information about Obama that they deemed to be “inaccurate.” And there are other examples.

That even as America struggles to “bail out” our own struggling economy, Obama backs a global bailout? His Global Poverty Initiative would assess $2500 per taxpayer, according to Investor’s Business Daily, to fund a global war on poverty administered by the UN and its agencies.

That despite touting his academic credentials as a rationale for initiating a campaign for president just two years after leaving the Illinois state legislature, Obama refuses to release either his college or his law school transcripts – just as he sought to keep records of his working relationship with former terrorist Bill Ayers on The Annenberg Challenge (a left-wing educational foundation) safely under wraps? What is it that he doesn’t want voters to know?

Repeatedly, we’ve heard the media denounce the “rumors” about Barack Obama that are, supposedly, circulated on the internet exclusively by the bigoted and the ignorant. But Americans sense that there is more to Barack Obama than they’ve been told. Having witnessed the media’s own bias and favoritism, they’ve come to suspect – reasonably – that even if any of the rumors were true, the press might choose to conceal them until the election is safely over. What’s more, they wonder: What else is the press not telling us?

Certainly, it would be terribly wrong for John McCain to traffic in rumors. But he doesn’t need to. The truth is more than enough. There are facts that the American people deserve to know – and which the press isn’t telling them. By filling in the gaps that the media has left unmentioned, John McCain isn’t just doing himself a service. He’s doing journalists’ job for them, and allowing Americans to make an informed decision when they head to the polls next month.