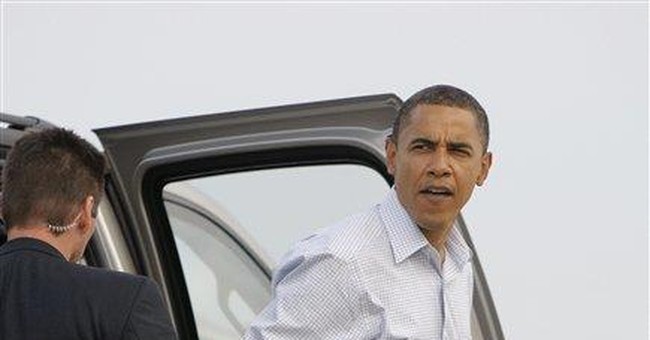 In a little-noticed maneuver, on June 17, Senate Majority Leader Harry Reid introduced a bill on behalf of its sole sponsor, Barack Obama – who was, apparently, unavailable. S. 3142 is the “Preventing Stillbirth and SUID Act of 2008,” and it authorizes the modest (in governmental terms) sum of $10,000,000 to “enhance public health activities related to stillbirth and sudden unexpected infant death.”

That’s a laudable objective, of course. After a pregnancy full of dreams and eager anticipation, bearing a stillborn child is every mother’s nightmare. And SIDS – a sudden infant death syndrome where young babies die unexpectedly without any apparent reason – is a possibility that haunts all new parents. It’s just that Obama’s sudden interest in this topic and his sponsorship of S. 3142 is almost impossible to reconcile with his opposition as an Illinois state senator to a law intended to protect infants’ lives.

The Illinois state law simply defined a live "homo sapiens" – one who had completely emerged from his or her mother with a “beating heart, pulsation of the umbilical cord or definite movement of voluntary muscles"– as a "'person,' 'human being,' 'child' and 'individual.'” The bill was designed to protect babies born prematurely and in need of care, as well as those who had been born alive during an attempt to abort them. But Obama opposed the legislation (voting “present,” and later, “no”) on the grounds that the legislation could “undermine Roe v. Wade.”

Shortly thereafter, the U.S. Senate unanimously passed the Born Alive Infant Protection Bill – with wording nearly identical to the Illinois state statute Obama had opposed – with the blessing of the National Abortion Rights Action League and pro-abortion stalwarts like Ted Kennedy and Barbara Boxer. The federal bill made it clear that the legislation had no impact on Roe v. Wade. The state bill was subsequently reintroduced in Illinois with the federal language specifically addressing concerns about Roe. Although accounts differ, Obama – who now chaired the state senate committee where the legislation had been referred – either voted against it once again, or allowed it to die over the objections of its supporters.

Even from the outset, Obama’s rationale for opposing the infant protection legislation was flawed. As a constitutional law professor would certainly know, an Illinois state statute cannot, in any meaningful way, “undermine” a federal constitutional right that has been clearly enunciated by the Supreme Court (if there were ever deemed to be a conflict between the two, the state statute would have to fall). But what’s even more revealing is that for Obama, the bill’s speculative, abstract impact on abortion rights outweighed facts before him about living babies apparently being left without medical care to die -- including testimony from a nurse who had held an infant born alive after an abortion for 45 minutes before the baby finally expired.

That’s why it’s raises eyebrows when Barack Obama suddenly emerges as the Senate champion of preventing stillbirths and “sudden unexpected infant death” (emphasis added). It seems that, for him, the adjective “unexpected” makes all the difference.

Given Obama’s recent, transparent efforts to move to the center on a variety of issues, it’s hard not to suspect that he’s using S.3142 to blunt the obvious callousness of his previous abortion-rights extremism. Would Barack Obama really play politics with babies’ lives?