Caroline Wang
|
Posted: Dec 19, 2021 12:01 AM
Share   Tweet
The opinions expressed by columnists are their own and do not necessarily represent the views of Townhall.com. 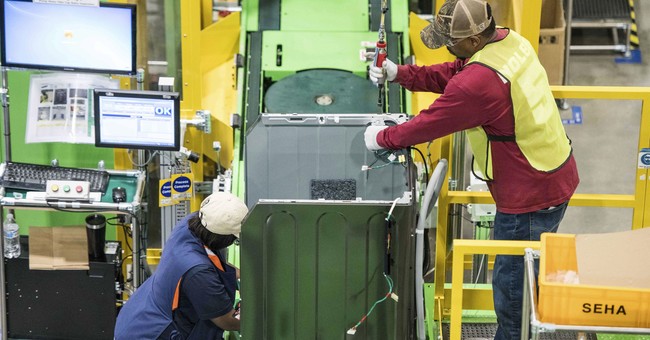 In September 2021, the National Labor Relations Board (NLRB) underwent a leadership change with the appointment of Jennifer Abruzzo as General Counsel. Her appointment follows two new Democratic members, Gwynne Wilcox and David Prouty, being confirmed over the summer, resulting in a 3-2 Democratic majority. The General Counsel determines which cases are brought before the NLRB, and Abruzzo has been quick to make several sweeping changes that unfortunately will leave workers worse off.

While Abruzzo is primarily concerned with micro-managing the contents of agreements between employees and employers, the proposed changes provide unwanted and unnecessary bureaucratic oversight that will burden businesses and ultimately hurt employees.

Ms. Abruzzo hopes the NLRB will adopt a stricter approach to dealing with cases against employers. In the Memorandum released after her appointment, Abruzzo laid out several areas of focus where she wishes the Board to exercise stricter oversight. These include weakening employers’ ability to enforce employer handbook rules, limiting employers’ ability to use confidentiality agreements, regulating the forms of remedial processes that employers can use, and preventing employers from involvement in the unionization processes or union dues.

In practice, Mr. Abruzzo’s efforts will disincentivize employers from employing more people due to the added bureaucracy.

A Rand Institute study shows the negative effect of labor regulation on employment levels and highlights that the bureaucracy and difficulties associated with compliance caused employers to hire fewer people. The most striking examples were from India, where the implementation of stringent employment regulations prevented employment levels from growing by at least 23 percent during the 1990s.

While there is no reliable estimate for how many workers make up the informal economy, it is predicted that informal economic activity equals up to 10 percent of US GDP. This figure shows that many workers are not paying income taxes and are unable to collect social security. Furthermore, workers in the informal economy are not protected by labor laws and are more likely to receive harsh treatment from employers. Thus, by overburdening employers with strict precedents for compliance, the NLRB is making workers less safe and is causing the federal government to lose out on tax revenue that cannot be spent on social services.

By imposing more onerous regulations on employment, American workers will have a more challenging time under the NLRB’s new leadership. If Ms. Abruzzo is able to target all of her focus areas successfully, workers should expect many businesses to be discouraged from hiring more employees. The approach to governing labor laws that is characterized by an overly involved and micromanaged framework has already been proven to be more harmful than beneficial.

Ms. Abruzzo should reconsider her tactics before they backfire for the very workers she intends to help.

Caroline Wang wrote this for the American Consumer Institute, a nonprofit educational and research organization. For more information about the Institute, visit www.TheAmericanConsumer.org or follow us on Twitter @ConsumerPal.