The Perils of Presidential Failure 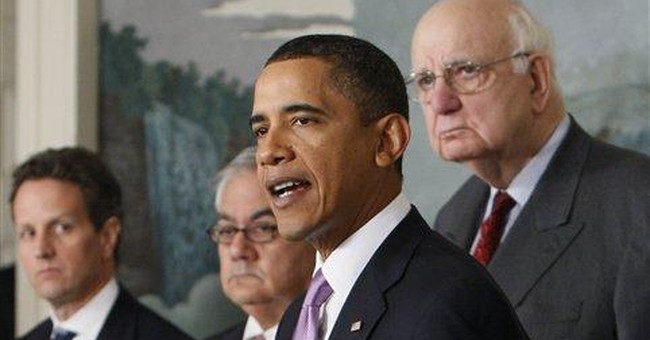 US President Barack Obama is feeling the heat. His response to the current crisis threatening to sink his one-year-old presidency is telling for what it says about the future of both his domestic and foreign policies. Israel should take heed of his responses.

Obama's Democratic Party, and indeed the US political establishment as a whole, received a jolt on Tuesday when Republican Scott Brown won the Massachusetts seat in the US Senate that had been held by the Democratic Kennedy dynasty since 1952. The question now on everyone's lips is whether Brown's stunning victory will cause Obama to change his course and moderate his policies.

The Massachusetts Senate race was a real world example of what opinion polling data has shown. Since last summer, a consistently growing number of US voters oppose Obama's policies.

Brown's victory was nationally significant because it removed the Democrats' filibuster proof, 60-man super-majority in the Senate. With Brown as the 41st Republican senator, the minority party can now muster the votes to block legislation from being called to a vote before the full Senate and so prevent laws from being passed.

In addition to its immediate legislative significance, the larger political importance of the Massachusetts election rests in what it signals for House and Senate Democrats who will face reelection in November. Dozens of Democratic lawmakers are reportedly now veering into full-blown panics about their prospects in those elections. As Indiana Sen. Evan Bayh put it, "If you lose Massachusetts and that's not a wake-up call, there's no hope of waking up."

Tellingly, Obama and his White House advisers are refusing to "wake up." Obama responded to Brown's win as he has to many of his setbacks since assuming office a year ago this week. He blamed his predecessor, George W. Bush.

In an interview on Wednesday with ABC News, Obama said, "People are angry, they are frustrated. Not just because of what's happened in the last year or two years, but what's happened over the last eight years."

Obama argued that the growing unpopularity of his programs is due not to substance, but to style. As he put it, "We were so busy just getting stuff done... that I think we lost some of that sense of speaking directly to the American people about what their core values are and why we have to make sure those institutions are matching up with those values."

Even as Democratic lawmakers are openly expressing misgivings with moving forward in implementing Obama's radical plan to reform the US health care industry, Obama's senior adviser David Axelrod told the media that abandoning the initiative is "not an option."

Rather than accept that Massachusetts voters elected Brown because Brown repudiated Obama's agenda - on both domestic and foreign policy - the Obama White House has argued that Brown's victory was simply the consequence of poor electioneering by the Democratic candidate and poor planning by the national Democratic Party apparatus.

Obama's imperiousness is even more apparent when compared to the behavior of his predecessors in office. When in 2006 the Republicans lost control of Congress, George W. Bush responded by embracing the Democrats' policies on everything from Iran to mortgage banks. When the Democrats lost control of Congress in 1994, Bill Clinton adopted the Republicans' "Contract with America" as his own.

What Obama's refusal to hear Tuesday's "wake-up call" from Massachusetts shows is that his chief concern is not listening to what the public says. It is not even remaining in office. Rather, his behavior in the wake of the Brown victory shows that Obama's top concern is enacting his radical political agenda. He is an ideologue first and a party leader second.

While his fellow Democrats in Congress say that Brown's election means that Obama's plan to nationalize one-sixth of the US economy through his health care plan is dead in the water, Obama claims the time to move forward is now. As he sees things, he has 11 months left to effect the radical change he seeks for America.

Obama believes that plowing ahead is the only thing that will save the Democrats. As he has put it, "I... know what happens once we get... [health care reform] done. The American people will suddenly learn that this bill does things they like."

Far from slowing down, he will redouble his efforts to ram his agenda down the throats of an unwilling populace.

ELECTIONS ARE blunt instruments, not precise readings. Voters cast their ballots for specific politicians and their political parties based on their wide perceptions of general trends rather than on specific policies related to specific issues. Candidates in turn emphasize specific issues because of what those issues symbolize about the general state of affairs.

In the US today, there is a widespread public perception that Obama and his party colleagues in the House and Senate have gone on a spending spree when what the deepening economic recession requires is frugality. Obama's plan to spend up to a trillion dollars on nationalized health care in this economic environment is emblematic of the public sense that the national leadership is behaving irresponsibly.

A similar view pervades with respect to Obama's foreign policy.

Speaking to National Review, Brown's chief political strategist Eric Fehrnstrom said that "terrorism and the treatment of enemy combatants" was a "more potent issue" for Massachusetts voters than health care. If health care is emblematic of the growing perception that Obama and his fellow Democrats are irresponsible on the domestic policy front, so "terrorism and the treatment of enemy combatants" are emblematic of the public perception that Obama's foreign policy is too weak.

As with his domestic agenda, in foreign affairs as well, the clear antidote to Obama's political woes would be to change course and moderate his policies. Were Obama interested in ensuring that the public supported and trusted his handling of American foreign policy, he would repudiate his plan to transfer terrorists now jailed at Guantanamo Bay to Yemen and cancel his plan to try senior terrorists like September 11 architect Khaled Sheikh Muhammad in civilian trials.

But rather than do so, Obama has responded to the public's opposition to his foreign policies by doubling down. In the face of massive criticism over his administration's decision to try the September 11 mastermind in a civilian courtroom in New York, the administration opted to treat the Christmas bomber as a criminal defendant as well. Indeed, as its top counterterror officials made clear in Senate testimony on Wednesday, the administration never considered treating the terrorist as an illegal enemy combatant.

In a related matter, on Wednesday the State Department announced that the US has dropped its opposition to permitting Islamist leader Tariq Ramadan from entering the US. Ramadan - whose grandfather founded the Muslim Brotherhood which spawned the likes of al-Qaida and Hamas - is a hero of the far Left in the US and Europe. He was barred from entering the US since 2004 due in part to his personal contributions to Hamas.

In short then, rather than respond to the public's rejection of his posture of weakness abroad by replacing that posture with one of strength, Obama has ratcheted up his policy of weakness. What this shows is that like his domestic agenda, Obama's foreign policy - including his national security policy - is the product of his firmly held beliefs and ideological commitments. Obama is weak on foreign affairs because he chooses to be weak. Through both his actions and his words he demonstrates his belief that the US must adopt a posture of contrition to make up for its past global leadership. His goal is to weaken America's position in the international arena, because he doesn't believe that America has a moral right to be stronger than anyone else.

Given the congressional backlash to the Massachusetts election, it is possible that Obama will be compelled to put aside his domestic initiatives, or at least to repackage them. US presidents have only a limited capacity to unilaterally implement massive changes on the domestic front. Congressional support is required for most major endeavors. Today, it seems likely that many Democratic lawmakers will refuse to fall on their swords for Obama. So his health care initiative, like his environmental and immigration agendas, may well be buried in committee.

On the other hand, the US Constitution gives the president a much freer hand in foreign affairs. And here we are likely to see a full-court presidential press to force through his radical agenda on everything from nuclear weapons to counterterrorism to appeasement of the Islamic world. Given the prominence Obama has already given to his anti-Israel posture, it can be assumed that Israel will be the focus of even more intense pressure from the White House in the months and years to come.

All of this should concentrate the minds of Israel's leaders. They should assume that Obama's Middle East envoy George Mitchell will intensify his pressure - and escalate his threats - on Israel to make massive concessions to the Palestinians. Indeed, given Mitchell's trip this week to Lebanon and Syria and Obama's refusal to end his appeasement overtures towards Iran, Israel should expect the US to expand its pressure on Israel to agree to imperil itself on all fronts.

SINCE TAKING office on March 31, the Netanyahu government has adopted two distinct policies for dealing with Obama. Until September, the government's policy was to politely delay as long as possible its ultimate polite refusal to accept US demands for more concessions to Palestinians.

After Prime Minister Binyamin Netanyahu's meeting with Obama at the UN in September, however, he adopted a new policy of caving in to US pressure. First he announced his support for Palestinian statehood. Then he agreed to bar Jews from receiving construction permits in Judea and Samaria. Apparently, Netanyahu was led to believe that his concessions would cause Obama to ease his pressure on Israel.

But as the White House's escalating threats and demands for new Israeli concessions in the wake of Netanyahu's change of course demonstrates, Israel's policy shift was counterproductive. And given Obama's current political trajectory, Israel will be best served by a return to the government's initial policy. Rather than seeking to placate Obama, Israel should try to wait him out. And at the same time, the government should robustly advance Israel's national interests, both by unapologetically defending those interests in the diplomatic arena, and more importantly by adopting policies and taking action to secure and strengthen the country.

The political winds in America are blowing against Obama. Even with his relatively free hand in foreign affairs, the ill winds will necessarily slow him down. Israel should do nothing to smooth his path forward.