Dickie Scruggs: A Legal Career Up In Smoke 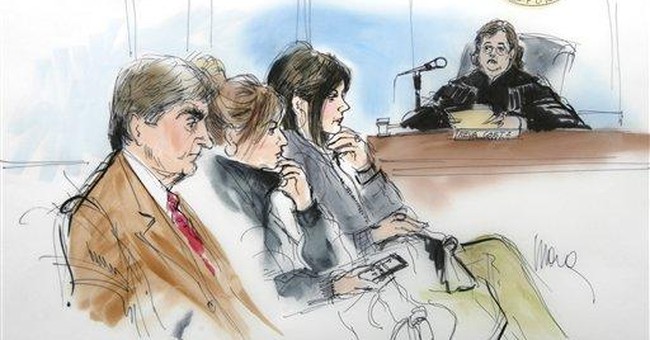 Richard F. "Dickie" Scruggs has a gentlemanly demeanor seemingly at odds with his profession as a take-no-prisoners trial litigator. A decade ago, the Mississippi native was riding high. Nobody in the plaintiffs' bar struck as much fear in the hearts of the nation's tobacco manufacturers as he. Now his career appears over, a casualty of scandal, though not of the sort that recently felled securities-industry scourge William Lerach.

This March 14, Scruggs, along with his Oxford, Miss. law firm partner, Sidney Backstrom, pleaded guilty in federal court to bribery charges. According to the indictment, the pair, along with three other persons, one of them Scruggs' son, had conspired to offer cash payments totaling some $50,000 to Lafayette County (Mississippi) Circuit Judge Henry L. Lackey in return for a favorable ruling. The case concerned the distribution of attorneys' fees in a settlement with State Farm Insurance over Hurricane Katrina-related claims. In return for Scruggs' guilty plea, federal prosecutors are likely to drop other charges. His son and law partner, David Zachary Scruggs, pleaded guilty on March 21.

It seems strange that one of the richest, smartest lawyers in America would risk his career by orchestrating a bribe of a state circuit judge. But in the world of aggressive, high-flying litigators, reputation is everything, especially for those already on the A-list. One has to win, and consistently, to retain existing clients and gain new ones. And though Scruggs had a reputation as a giant killer, he'd seen significant setbacks this decade. Bribery seemed a low-risk way to get back on track.

Born and raised in Mississippi, Scruggs, now 61, could pass for a leading character in a John Grisham novel. Indeed, he's allegedly the model for Grisham's "King of Torts." A former navy fighter pilot, Scruggs received a bachelor's and a law degree from the University of Mississippi. He gave generously to his alma mater; Scruggs Hall, which houses the university's music department, bears his name. A longtime Democrat, he knew how to make peace with Republicans, especially given that fellow native son Sen. Trent Lott, who recently stepped down, is his brother-in-law.

Dickie Scruggs is a populist, fighting for the Little Guy screwed over by the irresponsible and the powerful. In his reputation-building case, he represented workers at the Pascagoula shipyards who'd developed lung cancer and other illnesses from exposure to asbestos fiber. He followed that up with a series of successful class-action suits against the asbestos industry. But the main event was yet to come.

By the mid Nineties, the tobacco industry was ripe for the picking by prosecutors and litigators alike. Up until then, manufacturers had argued, successfully, in "sick smoker" cases that cigarettes aren't dangerous to one's health, and more plausibly, that the decision to smoke is freely chosen. But the climate of public opinion by then had shifted radically. Smoking, in the eyes of many Americans, was just this side of wicked. It was time to go in for the kill.

In May 1994, then-Mississippi State Attorney General Mike Moore sued several major tobacco companies. Seeking to "dramatically improve public health and save lives," he decided to secure outside private help, most importantly, Dickie Scruggs, who had been an Ole Miss classmate.

Getting the suit off the ground was a tough sell. The National Association of Attorneys General wouldn't even allow Moore to give a presentation at its 1994 convention in San Antonio. Moore managed to corral some of his colleagues on the premises. And he wouldn't quit after that.

What ultimately turned the tide was an interpretation of the law, codified by the State of Florida. Since cigarettes make smokers sick, plaintiffs' lawyers reasoned, they incur medical costs upon all of society. And since state governments bear a large portion of these costs, especially through Medicaid contributions, it was only fair that tobacco companies reimburse them. Scruggs later admitted: "Our theory was to sue on behalf of states, which had not chosen to smoke but were still being forced to pay health care costs, and that the tobacco companies had gotten rich because of it."

As the suit gathered steam, the underlying zealotry became more evident. Then-Texas Attorney General Dan Morales, declared in 1996 that his goal was "to bring this (tobacco) industry to its knees." One by one, states joined in the fray, smelling serious money. The potential costs of defeat for the tobacco industry rose accordingly. "Our goal was to raise the stakes so high that the industry would not be able to sustain a single loss," reflected Scruggs. "We wanted them to face a 'bet the company' lawsuit in each state, which we believed would force them to the negotiating table."

Tobacco companies, sensing they were boxed in, succumbed. On June 20, 1997, at a televised press conference, plaintiffs and defendants announced the results of a behind-the-scenes "master settlement." Brown & Williamson, Lorillard, Philip Morris, R. J. Reynolds, Commonwealth, and Liggett & Myers would pay out a combined $368.5 billion over 25 years.

But there was a catch: The agreement would require congressional approval. Sen. John McCain, R-Ariz., likely our next president, now was the man of the hour. He sponsored comprehensive legislation to raise the 25-year industry "contribution" level to $516 billion. The centerpiece of the bill was a $1.10-per-pack cigarette excise tax whose revenues would be earmarked to promote children's health. This time, tobacco manufacturers stiffened their spine and prevailed -- sort of. The bill died on the Senate floor in June 1998, partly because several key Senators decided the measure wasn't tough enough on cigarette makers. That November, the parties had negotiated a lower settlement: $206 billion for 46 states and various territories, plus another $40 billion for Florida, Mississippi, Minnesota and Texas, the latter four states in the process of preparing their cases for trial.

Dickie Scruggs was sitting on top of the world. Plaintiffs' attorneys had coaxed nearly $15.5 billion in reimbursed fees from Big Tobacco. His firm's share was nearly $1 billion. And he wasn't afraid to spend it. "Immediately, we went through a period of buying faster planes, bigger boats and nicer cars," he later ruminated. "The obscene amounts of money being handed out certainly damaged our cause before Congress and in the public." Prosecutors echoed this view. "The pursuit of perfection became the enemy of the good. We should have accepted less," said Iowa Attorney General Tom Miller. Now they tell us.

Scruggs' career never again would achieve the same heights. It was not for want of trying. In 2000, he led class-action lawsuits in four states and Puerto Rico against Novartis, maker of the drug Ritalin, plus the American Psychiatric Association and the nonprofit Children and Adults with Attention Deficit/Hyperactivity Disorder (CHADD). Scruggs alleged that Ritalin was a "huge risk," "grossly over-prescribed" and designed to treat a nonexistent disorder. The gambit didn't pan out. In all five jurisdictions, the court dismissed the suit before trial or the plaintiffs dropped the suit.

Hurricane Katrina would prove to be his downfall. The August 2005 storm and resulting floods caused an estimated $81.2 billion in property damage. A few months later, Scruggs formed the Scruggs Katrina Group (SKG), consisting of plaintiffs' lawyers representing Gulf Coast policy holders whose claims had been denied by major insurance companies. This case was personal as well as business. Pascagoula beach homes belonging to Scruggs and brother-in-law Senator Lott were among properties demolished.

The plaintiffs reached an $80 million settlement with State Farm, producing $26.5 million in legal fees for SKG. Unfortunately for Scruggs, a rival litigator, Jones, Funderberg, Sessums, Peterson & Lee, thought it was getting short-changed. The firm's lead partner, John Griffin Jones, sued to get some of that money.

Dickie Scruggs wasn't about to yield. In March 2007 he and four persons -- all future defendants -- paid Judge Henry Lackey a visit to make him an offer: Rule in our favor and we'll make you richer. Lackey, not wanting to bring legal troubles upon himself, quickly reported the incident to the FBI. That in turn led to an undercover sting operation. Timothy Balducci, a New Albany, Miss. lawyer, along with former Mississippi State Auditor Steven Patterson, decided to cop a plea and work with the feds. During September 27-November 1, 2007, Balducci made three cash payments to Judge Lackey totaling $50,000. "We paid for this ruling; let's be sure it says what we want it to say," Balducci told Zach Scruggs and Sid Backstrom.

The indictments came down not long after. Instantly, Dickie Scruggs became radioactive to his friends atop the Democratic Party food chain. Senator Hillary Clinton cancelled a scheduled December 15 presidential campaign fundraiser at his home.

Scruggs insisted he'd been railroaded. His lawyer, John Keker, got that message out to the media. "I'll say this, [the judge] sure as hell didn't get bribed by Dick Scruggs or anyone else in his law firm," the San Francisco-based Keker told the Wall Street Journal. He repeated the story to the newspaper this month, accusing prosecutors of concocting a "manufactured crime." The remark ran on March 14, the very day Dickie Scruggs entered his guilty plea -- classic bad timing.

Scruggs' career, for all intents and purposes, is over. He's looking at a five-year prison term and disbarment. But his fall may reveal more about systemic than personal failings. Over the last several decades, the plaintiffs' bar has succeeded in expanding definitions of liability beyond what many people would consider reasonable. The lawsuit remains a necessary option, but in cynically opportunistic hands it has become a tool for fleecing deep pockets. At least some members of the profession, including those sitting on the bench, are saying "no." It's the next best thing to tort reform.