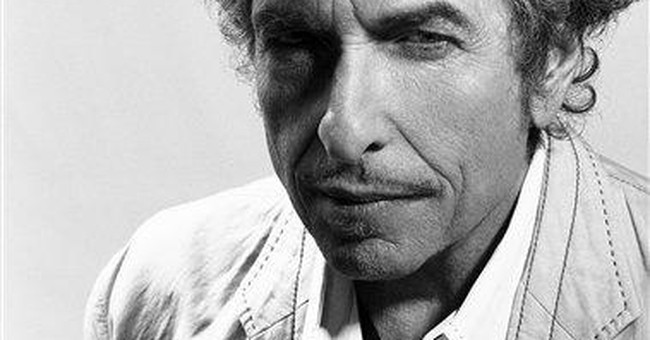 Forty-four years ago, Bob Dylan released an album with the incendiary title "While the Establishment Burns." That could serve as a metaphor for what seems to be happening to the Washington establishment in general and the Republican Party establishment in particular.

The Tea Party Express roared through several primary elections last Tuesday, shaking the foundations of the Republican and media establishments. In a remarkable exchange on Sean Hannity's Fox show, Karl Rove, George W. Bush's "architect" within the political establishment, said that Delaware Senate nominee Christine O'Donnell can't win in November. He then gave the Democrats enough negative sound bites about O'Donnell for them to use in their TV ads for far-left Democratic Senate candidate Chris Coons.

The days when it was more important to preserve party over principles, as O'Donnell put it in an election night interview with CNN, may be coming to an end. Conservatives are tired of being taken for granted and their agenda ignored by the Republican establishment, especially when those they vote for get in power and too often vote with Democrats. If ever there was a Republican in name only, it is Rep. Mike Castle, a 40-year incumbent whom O'Donnell defeated. Tea Partiers think their candidates have convictions that matter to them and they are refusing to put party first.

The full force of the Washington and media establishments will now be brought to bear on O'Donnell and other Republicans identified as Tea Party candidates or just strong conservatives. "Fringe" and "extreme" are just some of the labels that are already being applied to them. They will also be called "ignorant wing nuts," and in O'Donnell's case loaded with "too much baggage." Who is free of baggage, including several current and former members of Congress?

Conservative candidates should ignore it all and tell voters: "You elected this president and this Congress to bring change to Washington. They haven't, so we need to change them if we truly want to transform the country and return it to its founding principles, among which are living within our means."

This nation needs an occasional turnover, even revolution, not only to "throw the bums out," but also to reboot the system and remind ourselves of what America was designed to be and what we have instead become. The establishment won't go quietly because they have large amounts of turf to protect, so they must be dislodged, evicted, even burned out in a metaphorical sense.

"Come senators, congressmen please heed the call.
Don't stand in the doorway; don't block up the hall
For he that gets hurt will be he who has stalled
There's a battle outside and it is ragin'
It'll soon shake your windows and rattle your walls
For the times they are a-changin'.

To put it perhaps less elegantly: step aside establishment, or conservatives will step right over you.