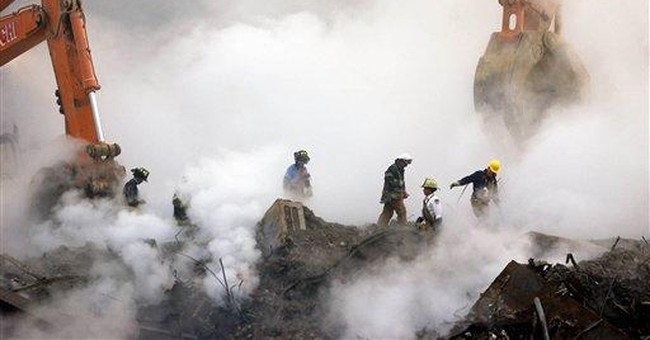 After months of dithering by the White House about the "Ground Zero Mosque" in lower Manhattan, President Obama endorsed the project at an Iftar dinner Friday night. The president said, "...as a citizen, and as president, I believe that Muslims have the same right to practice their religion as anyone else in this country. That includes the right to build a place of worship and a community center on private property in lower Manhattan, in accordance with local laws and ordinances."

After a torrent of criticism, the president on Saturday tried clarifying what he meant. "I was not commenting and I will not comment on the wisdom of making the decision to put a mosque there," he said, "I was commenting very specifically on the right that people have that dates back to our founding. That's what our country's about."

Yes, America was founded on the principles of religious freedom, but practicing religion isn't the issue. Unlike Christians and Jews in most Muslim nations, Muslims in America are free to practice their faith. The issue is whether they use that freedom to ultimately undermine freedom for people of different faiths, or no faith. It isn't America's obligation to demonstrate our tolerance, as if by doing so those within Islam who wish to destroy us will ultimately transform into religious pluralists. It is their obligation to demonstrate their own tolerance in the face of much evidence of Islamic intolerance and violence by radicals.

No less an authority on the subject than the State Department's own "ambassador" to Islamic nations, Feisal Abdul Rauf, offers valuable insight. Rauf is the founder of Park51, the proposed Ground Zero cultural center, and a self-professed moderate who refuses to describe Hamas as a terrorist group, though the State Department does. The same Hamas who's co-founder Mahmoud al-Zahar declared, "We have to build everywhere!" Yet Rauf is traveling to the Middle East at taxpayer expense, supposedly telling Muslims how tolerant America is when it comes to Islam.

In an interview posted on Hadielislam.com and translated into English by Walid Shoebat, a former Palestinian terrorist and Christian convert, who became a U.S. citizen, Rauf reveals his goal. Shoebat explains that what Rauf wants is to use "peaceful means," including lobbying governments and establishing charities, to incrementally establish what he calls the original Islamic State worldwide as it once was in Arabia. This consists of the principles of Sharia law, including the stoning of adulterers and the decapitation of "infidels" (non-Muslims) everywhere, including in America. Read interview excerpts here.

We debate among ourselves about this issue, trying to persuade each other we aren't intolerant or anti-Muslim. But those who would create more Ground Zeroes are not debating themselves, at least not in a way that would minimize the threat America and the rest of the West faces. They believe they have Allah on their side and martyrdom and heaven as their goal. How do "infidel" diplomats, Jews, Christians and secularists negotiate with such a mindset?

In a statement prior to Friday's dinner, President Obama said such events "remind us of the principles that we hold in common, and Islam's role in advancing justice, progress, tolerance and the dignity of all human beings." Unfortunately, the president didn't give any examples of where such principles are being practiced now in much of the Muslim world.

Perhaps the president should have considered the comments of Saudi cleric Muhammad Al-Arifi on Egypt's Al-Rahma TV, July 19, 2010:

"Devotion to Jihad for the sake of Allah, and the desire to shed blood, to smash skulls, and to sever limbs for the sake of Allah and in defense of His religion, is, undoubtedly, an honor for the believer. ... The Koranic verses that deal with fighting the infidels and conquering their countries say that they should convert to Islam, pay the jizya poll tax, or be killed. If the Muslims had implemented this, we would not have reached the humiliation in which we find ourselves today."

That's reality, not wishful thinking. This is what we're up against with the Ground Zero project and with the rapid immigration of radical Muslims. All the pronouncements to the contrary won't make it otherwise.