A War By Any Other Name 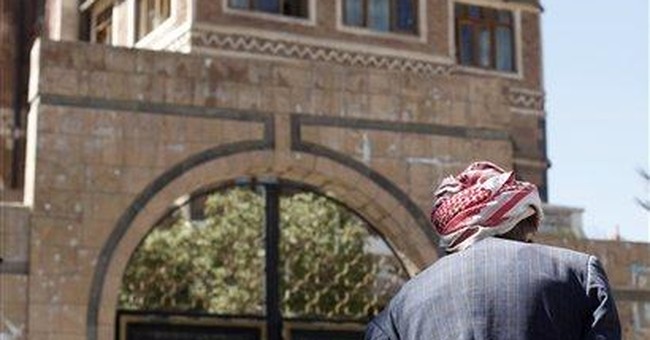 Suppose Umar Farouk Abdul Mutallab, the Christmas Day underwear bomber, had succeeded and blown up Northwest Airlines flight 253, killing nearly 300 people on board and perhaps others on the ground? Would the response of the Obama administration have been different?

The president probably would have attended memorial services for the dead, expressed "strong condemnation," persuaded the United Nations to issue more worthless resolutions, but little more. That's because the president isn't fighting -- or speaking -- as if we are at war. He first called the attempted bombing an "incident." In his Saturday radio address, the president finally, if belatedly, tied the attempted attack to al-Qaida's branch in Yemen. Still there is great reluctance by this administration to state the obvious.

President Obama and his Cabinet apparently believe that by not calling it a war, it becomes something less. This president refuses to call it a war and sometimes approaches pacifism in his rhetoric. If al-Qaida and its affiliates around the world behave as if they are at war and the United States views every attack as "incidents" and not part of a larger battle, our enemies will win.

If Western leaders won't acknowledge a cultural clash between civilizations with the outcome being either freedom or slavery, guess who is most likely to prevail?

Last week, an ax-wielding Somali man with suspected links to al-Qaida broke into the home of Danish cartoonist Kurt Westergaard whose drawings of the Prophet Muhammad caused global Muslim outrage. Police shot and wounded the intruder, who appeared to be carrying out a fatwa against Westergaard that was issued in 2006 by Mohammed Yousaf Qureshi, a Pakistani cleric. Apparently the outreach, understanding and examples of pluralism and equal treatment of women by Western nations did not impress the attacker.

Neither are our enemies impressed with the growing number of Islamic studies courses at prominent American universities, including Catholic ones like Georgetown. What's to study? A significant number of radical Muslims hate us enough to desire our demise and will not be pacified or mollified. They are infiltrating Western nations with the purpose of undermining them.

In the West's secular stupidity, we mistakenly believe we can call this war by another name, fight it with ineffective weapons and still win. We arrest those we catch, send them to American prisons (and release them from Gitmo), and give them free lawyers who advise them to remain quiet, thus depriving us of information that might dismantle terror cells and help prevent future attacks.

A new Rasmussen Poll shows a majority of Americans think this war should be fought in a different way. According to the poll, 58 percent of U.S. voters believe Abdul Mutallab should be subjected to waterboarding and other enhanced interrogation techniques in order to obtain useful information.

Instead, we spend gobs of money on body scanners and TSA screeners who pat down innocent travelers and search their bags. Instead, or in addition, we should become more proactive.

During World War II, we did not establish schools of Nazi studies at American universities. Neither did we seek to understand Japan's Shinto religion, which elevated Emperor Hirohito to the level of a god. We cared nothing about any of that. We carpet-bombed German cities and dropped two nuclear bombs on Japan. President Truman, a Democrat, was cut from different cloth than today's Democrats. Truman's goal (and that of his Democratic predecessor, Franklin Roosevelt) was total victory.

We will not win this war with the current strategy of Eid stamps, Ramadan observances in the White House, or any of the other "strategies" employed by this administration and the Bush administration before it.

What is required is a new approach that seeks not accommodation, but victory. Without it, more lives will be lost. Dictionary.com defines "war" as "a conflict carried on by force of arms, as between nations or between parties within a nation." Calling it something else doesn't alter the reality.