Government Can't Do it All (Or Even Most of It) 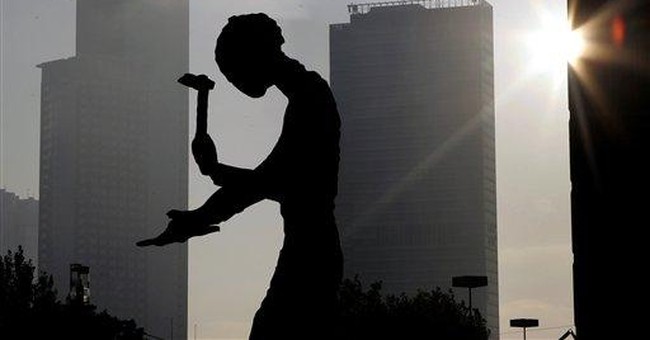 People who put faith in government to solve national or even individual problems are headed for deep disappointment, if it hasn't already arrived. Still, that doesn't stop politicians from attempting to sell political snake oil to the gullible. No one ever lost money betting on the ignorance of the uninformed masses.

What should be required viewing before the election is "John Stossel's Politically Incorrect Guide to Politics," a "20/20" report critical of the U.S. government's ability to get things done (abcnews.com). The report looked at facts, not opinions, or "feelings" concerning government's inability to live up to the high expectations caused by over-promising politicians.

Stossel visited New Orleans to see how government reconstruction is progressing three years after Hurricane Katrina. What he found should not surprise anyone. Huge numbers of houses remain un-repaired thanks to a bureaucracy that could serve as a plot for a horror movie called "Nightmare on Bourbon Street." The forms necessary to apply for permits to conduct any repairs or construct new buildings take 10 minutes to explain. As for the houses themselves, "Of the 314 public projects (New Orleans Mayor Ray) Nagin promoted in his 'One New Orleans' rebuilding campaign announced in January 2006, only six are complete."

Contrast that with what the nonprofit Habitat for Humanity has done: "They built 70 homes quickly," noted Stossel. "Even Nagin admitted they did what government didn't." Private enterprise has succeeded, where government has failed. Actor Brad Pitt ("Brad Pitt has done more for this community than anyone," said Malik Rahim, one of the co-founders of Common Ground Collective, a group formed in New Orleans after Hurricane Katrina) and singer Harry Connick Jr. have been at the forefront of efforts to circumvent government stagnation.

Stossel asked the obvious question: If Pitt and Connick can help build dozens of new homes, why does it take government so long to follow through on its plans? Nagin explains he's made it easier for people to rebuild their homes, providing permits online at kiosks throughout the city.

Stossel visited city hall and guess what? Not one of the kiosks worked! Conclusion? Individual Americans do things better, with less bureaucracy and at less cost than the central planning collective known as government.

Another issue was campaign finance reform, which has come back to bite its chief promoter, Sen. John McCain. It is a maze of incomprehensible regulations. Stossel displayed the Federal Election Commission (FEC) regulation book, which contains nearly 500 pages of small print set in double columns. For effect, he taped the pages together and then stretched them out on the Giant's football field. The pages "spanned the whole field and halfway back."

He showed people who ran afoul of the law by placing signs in yards in opposition to an annexation ballot initiative. It's a head-shaker. Another example: Ada Fisher, a retired doctor, ran for Congress in North Carolina with an all-volunteer staff. The FEC imposed a $10,000 fine on her because she somehow violated their rules. She noted that even "reform" laws are designed to help incumbents stay in office. Stossel said the extremely high re-election rate of members of Congress remains the same as it was before "reform," which was promoted as a way to open up the system to more challengers.

Stossel used a visual metaphor to demonstrate why government regulations stifle individual initiative, leading to dysfunction. He visited a skating rink where people managed to go in the same direction and at about the same speed without instructions from anyone. Then he introduces Brian Boitano, a former Olympic skater, who begins telling some skaters they are going too fast and others too slow and shouting other commands. Chaos results. The moral? "Intuition leads us to think that complex problems require centrally planned solutions, but political decision-making is rarely the answer. Life works best when we govern ourselves."

Both John McCain and Barack Obama are asking us to trust them to "fix" what is wrong in Washington. One would make things worse, but neither would have the power to make things much better. That would take cooperation. Politicians promote faith in themselves, though such faith has proven to be misplaced. They want the power. The worst thing the public can do is to give one party unchecked power with no restraints.

If Obama wins and Democrats expand their congressional majorities, especially to a filibuster-proof advantage in the Senate, this will be to our collective detriment.