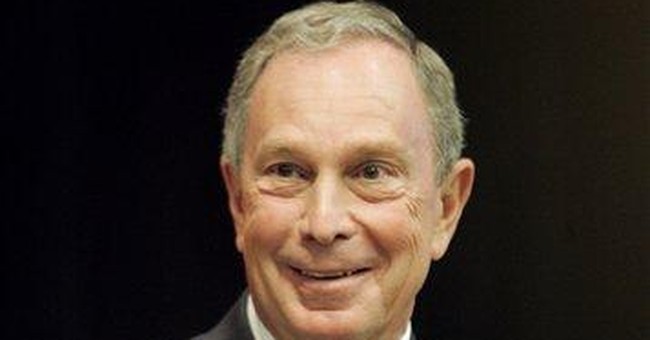 New York City Mayor Michael Bloomberg was never really a Republican; neither was he really a Democrat, the political party he previously left. From DINO (Democrat in name only), he became a RINO (Republican in name only) and now I guess one might call him, what, an UNO (unaffiliated in name only)?

Actually, Bloomberg is to party affiliation what some New Yorkers are to their baseball teams - when they're winning they're all for them, but lose and it's the Bronx cheer.

Still, in announcing his new unaffiliated status, Bloomberg said something that caught my attention: "Any successful elected executive knows that real results are more important than partisan battles, and that good ideas should take precedence over rigid adherence to any particular ideology." Not that Bloomberg was ever known for a rigid adherence to anything besides his money (he is a billionaire, in case you hadn't heard), but still he may be onto something.

California Governor Arnold Schwarzenegger has spoken of a new era of "post partisanship" in describing his approach to governing America's largest state. He and Bloomberg are featured on the cover of this week's Time magazine. The headline is "Who Needs Washington?" Not them.

Since his re-election as an independent, Connecticut Senator Joe Lieberman has spoken and acted like a liberated man. In this, he sounds like Michael Bloomberg.

It isn't that ideology counts for nothing. It does. But no one gets his or her way all the time and with so many challenges confronting us - inside and especially outside the country - people are beginning to question the old model of partisan bickering and the pursuit of power for its own sake. Did the Republicans learn nothing from their defeat at the polls last November? Aren't the Democrats already repeating their mistakes? Can't they see that the public is on to their game and is sick of it?

Might the 2008 election be a different kind of election than what we have seen in the recent past and are seeing presently? Could a couple of candidates emerge who actually seek consensus on some critical issues and who tell us it is more important to destroy our terrorist enemies than to treat the other as an enemy and seek to destroy a fellow American? Would a public that seems so turned off to the political scorched earth tactics of both parties pay attention to candidates who put the country and what's really best for America ahead of their own careers and personal objectives?

I could be wrong (or naive) - and it wouldn't be the first time - but a candidate, or candidates, who run on a consensus or common ground theme might attract more attention than Republican and Democratic candidates who indulge their lower natures by claiming the "other side" is out to destroy the country and that electing the other person means Armageddon for us all.

The first "affiliation" of all Americans should be to America and its interests, not to political parties that increasingly seem out of touch with that objective. Bloomberg and Schwarzenegger (and Lieberman) may be onto something. It will be interesting to see how quickly others follow.