Rise of the Anti-Hero 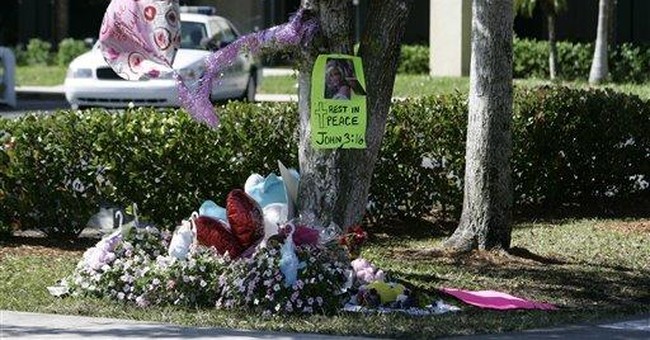 "Anti-hero: A main character in a dramatic or narrative work who is characterized by a lack of traditional heroic qualities, such as idealism or courage."

Consider what occupies and diverts our attention from substantive matters: Anna Nicole Smith; Britney Spears; the astronaut gone wild, Lisa Nowak; the sleeping, dating, marital and divorce arrangements of film stars. It is all about the base, the tawdry and the anti-heroic. Today's heroes are cartoon characters and those (Superman, Batman, etc.) are from another era in which real heroes mattered.

Some blame television networks, especially cable, for our increasingly prurient interests. In recent days, TV has climbed into the septic tank with so many of the rest of us and delivered not what we need ("eat your vegetables, dear, they are good for you"), but what we seemingly cannot get enough of ("never mind the vegetables; eat your dessert"). TV wouldn't be obsessing with it if we didn't demand it.

USA Today reported on a Pew Poll that found most Americans believe the media overdo celebrity news, but they watch it anyway. Sixty-one percent say they think the media overplayed the death of Anna Nicole Smith, but 11 percent said they followed it as closely as the 2008 presidential campaign (13 percent) or the Super Bowl (11 percent).

Can you name the last person you heard about who behaved in a classic heroic manner? How about our soldiers in Iraq and Afghanistan? The media ignore their heroism, even when they are awarded medals for bravery. When the word "hero" is used at all, it is generally to label someone who is simply doing his job or her duty.

There's little time to explore heroism among a people who prefer to indulge themselves in stories about a Qantas flight attendant having sex in the airplane lavatory with actor Ralph Fiennes, or Bridget Moynahan of ABC's "Six Degrees" announcing that she is pregnant with the child of ex-boyfriend and New England Patriot All-Pro quarterback, Tom Brady. Who gets married before having children these days? And what difference does it make in our "anything goes" culture?

Politically, heroism disappeared around the time of Harry Truman, with brief reappearances during the administrations of John F. Kennedy and Ronald Reagan. Now, everything is poll-tested and "leaders" follow the opinions and base instincts of those they should be persuading to follow them. Today, when one speaks of "vision," they are usually referring to Lasik eye surgery.

There is little sign any of this is about to end. Last week, ABC drew 9 million viewers to "The Outsiders," a prime time program about a group of Arizona polygamists. Commenting on the appeal of such a show, correspondent John Quinones said, "I guess (it's) the voyeuristic appeal." It's true - we are a nation of gawkers.

To some extent this has always been so, but television has made gawking easier and the objects of gawking more accessible. This indulgence in the base and banal has had a corrosive effect on our collective spirit. It also lowers our defenses against those who would destroy us.

It isn't as if we haven't been warned about self-indulgence in secular and sacred writings. In his "Republic," Plato has Socrates describe the effect on the soul of grace and gracelessness in the material culture: "Our aim is to prevent our Guards being reared among images of vice - as it were in a pasturage of poisonous herbs where, cropping and grazing in abundance every day, they little by little and all unawares build up one huge accumulation of evil in their soul. Rather, we must seek out craftsmen with a talent for capturing what is lovely and graceful, so that our young, dwelling as it were in a salubrious region, will receive benefit from everything about them. Like a breeze bringing health from wholesome places, the impact of works of beauty on eye or ear will imperceptibly from childhood on, guide them to likeness, to friendship, to concord with the beauty of reason."

You won't find such "craftsmen" on television. Better to turn it off, or get rid of this unfriendly guest, than to allow for the creation of another generation of anti-heroes and gawkers.