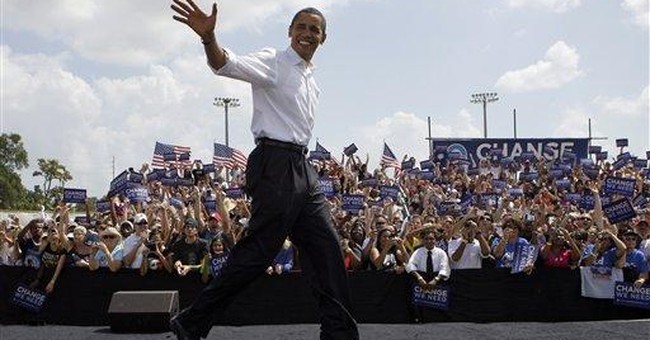 I have a confession to make. I hate scary movies. It’s not an aesthetic judgment. It has nothing to do with the fact that the writing and acting tend to be awful. It’s quite simply because they scare me. It makes no difference that for years I worked in TV. I understand that it’s just a movie, and that there are grips and gaffers and makeup people lurking around behind the camera. All I know is that as soon as someone or something jumps out of the closet, I jump out of my seat.

I understand that there are people who enjoy the adrenaline rush they get from a good chill. Those are the lunatics you’ll find on roller-coasters -- especially the thrill seekers who take their hands off the safety bar when the coaster goes into its dive. They’re the people who go in for parachuting, bungee-jumping and hang-gliding. Although I used to ride a motorcycle when I was younger, that was mainly because I couldn’t afford a car.

I am simply not one of those guys who goes in for activities whose chief appeal, or so it seems to me, is that, at their conclusion, one gets to say, “Well, I’m still alive.” That happens to be what I like to say every morning when I wake up, and so far, so good.

What puts me in this frame of mind is that the presidential race reminds me of those really dumb scary movies. You know the ones I mean -- the ones in which the innocent victim hears a suspicious noise coming from the cellar. Then, instead of getting up, leaving the house and moving to a different city thousands of miles away, he or she decides to go snooping around downstairs. Never willing to leave bad enough alone, the pinhead has no option but to satisfy his curiosity as to whether the source of that noise was a vampire, an alien life form that derives its sustenance from human flesh or just your standard run of the mill homicidal maniac.

As I see it, we conservatives are the ones in the audience offering good sound advice, such as “Don’t go down there,” “Call the cops,” “It’s not mice, you idiot,” but, still, the silly characters can’t help themselves. Clearly, these people have led very sheltered lives and have never seen a scary movie. They seem completely unaware that most accidents happen in the home -- especially when the house was built by Stephen King -- and accidents that occur in cellars nearly always involve hatchets, fangs and chainsaws.

While the folks in the audience, as I say, the rational, sensible people, are conservatives, the ones blithely traipsing down the stairs are liberals. The creatures in the shadowy cellar, the ones wearing hockey masks, looking a lot like Freddy Krueger and Hannibal Lector, are the likes of McGovern, Carter, Dukakis, Clinton, Gore and Kerry.

As is usually the case with sequels, be they “Rambo,” “Friday the 13th,” “Halloween” or “Nightmare on Elm Street,” they just keep getting worse and worse as the Roman numerals in their titles pile up. The latest scream fest, starring Barack Obama, and featuring Joe Biden and Michelle Obama, with a supporting cast that includes the spooky likes of Tony Rezko, Bill Ayers and Jeremiah Wright, is the worst one yet. The script is nearly as awful as the actors. One minute, the leading man is saying we have 57 states and that a nuclear Iran poses no danger, the next minute he’s claiming he sat in a racist church for 20 years without hearing an offensive word, and that when his wife said she’d never been proud of America, she was just kidding….and can’t we all take a joke?

Obama has gone so far as to vow that if this movie succeeds at the box office, if the grosses are large enough on November 4th, he intends to raise ticket prices, otherwise known as taxes.

The scariest thing of all is that there are millions of Americans who think he’s so darn convincing in the role of president that in spite of the fact that he has no prior acting experience, he deserves an Oscar.