Liberalism is an Addiction 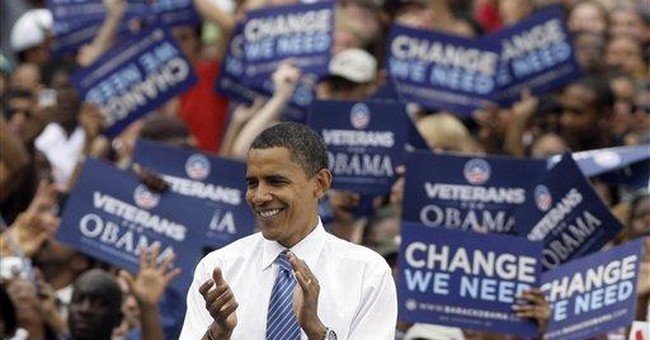 It occurred to me the other day that in spite of a bad back and his marriage vows, JFK chased everything in skirts; that Gary Hart allowed his libido to sink his political career; that even nerdy Jimmy Carter confessed to having lust in his heart, although nobody in recorded history has ever been so silly or sanctimonious as to suggest that lust resided anywhere above the belt; and that Bill Clinton, like a spooky version of Mr. Rogers, patiently explained to America’s kids that oral sex isn’t really sex.

With all that in mind, doesn’t it strike you as hypocritical for the Democrats to get up in arms over a married mother of five running for the vice presidency? Doesn’t it seem at least slightly absurd that the only sexual activity that liberals frown upon is the sort that actually leads to babies being born?

Speaking of sexual activity, I came across a very peculiar traffic sign last week. We in California have long become inured to the signs depicting a family of four illegal aliens -- a father, mother and two children -- scurrying across a road. The message, I suppose, is to ignore our basic instincts, and slow down, not speed up, when we spot Mexican scofflaws sneaking into our country. The new sign I spotted is on Sunset Blvd., in West Hollywood, a community here in Los Angeles often referred to as Boys Town because it’s home to even more gays per square mile than San Francisco. The sign announced that the location was a No Cruising Zone, and that anyone caught crossing the intersection more than twice in four hours would receive a citation. I assume “citation” means a traffic ticket and not a medal, but I could be wrong. I suspect, though, that any gay hustler could beat the rap by accusing the authorities of entrapment. I mean, with all the movie star wannabes lurking in West Hollywood, how could any of them be expected to resist the opportunity to be filmed, even on a traffic camera?

I’m certain that by this time most people have seen the photos of the American flags that were left for the trash collector after the Democratic convention in Denver. Even though I have a flag outside my front door and hate to think of a flag, the symbol of a nation that inspired my two sets of grandparents to travel 7,000 miles so I could be fortunate enough to be born an American, I wasn’t as troubled by the photos as I would have been if they’d been misused after the Republican convention. Liberals, after all, are always insisting that they’re as patriotic as conservatives, but I don’t believe it. If they were, they’d respect the military far more than they do, they wouldn’t nominate someone like Barack Obama and they certainly wouldn’t keep saying how much America is despised around the world, while ignoring the fact that it’s a badge of honor to be despised by the likes of Russia, China, Iran, Yemen, North Korea, Venezuela and the PLO. They would also acknowledge that there must be a darn good reason why millions of people who weren’t as lucky as we were to be born in America are, literally in some cases, dying to come here.

So, when I see that the Democrats disrespected the flags, I understood that to them the flags were only cheap props like the balloons, the bunting, the confetti and those corny Greek columns. The real problem isn’t that the left trashed a few flags, but that they keep trashing the country.

A friend of mine has come up with what I regard as a wonderful solution to the problem of leftist influence. She proposes that liberals be offered an incentive to leave the country, as they are constantly threatening to do whenever it appears that a Republican might be elected president. The sum she came up with is a million dollars per person. That sounds like a lot until you realize that nowadays people casually toss around sums in the trillions when discussing federal budgets and deficits. Still, I think there is room for negotiation. The point is, these left-wing whiners would get a deal similar to the one the protagonist received in Edward Everett Hales’s short story, “The Man Without a Country.” Unlike Philip Nolan, though, they wouldn’t be sentenced to spend the rest of their lives sailing the seas, but they would be denied the opportunity to ever set foot again on this sacred ground. Not even for a visit. Even if only a relatively small number of leftists accepted the deal, I, for one, would consider it money well spent.

Liberals have an impossible time defending their beliefs, which is why they rely on slogans and catch phrases, unfounded rumors and ad hominem attacks, on those who, like Sara Palin, think clearly and live according to Judeo-Christian principles.

The brains and values of left-wingers have decomposed to the point where they actually believe Keith Olbermann, Rosie O’Donnell and Chris Matthews make sense and that people like Whoopi Goldberg, Al Franken and Bill Maher, are funny. That is why I say that liberalism is an addiction -- and why, as with other addictions, I’d like to see it kicked. Kicked good and hard.