Visitors from a Weird Planet 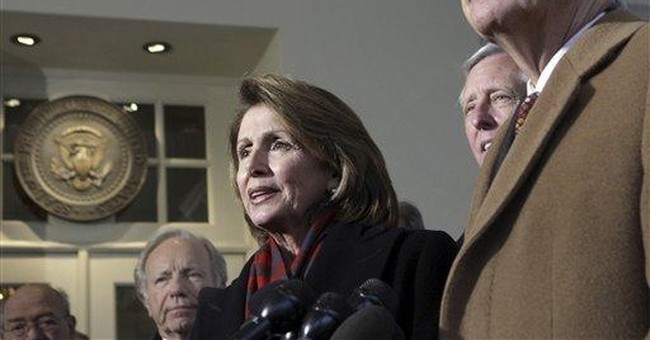 When I tell liberals that I can’t figure them out, they tend to assume I’m owning up to my own intellectual shortcomings. They figure their thinking is so profound that it’s simply beyond the scope of little old me. Well, let them enjoy their fantasies. The truth is, I can’t fathom their belief system because it seems so divorced from reality that if we discovered tomorrow that, like the pods in the movie, “Invasion of the Body Snatchers,” liberals only look like human beings, but are actually from outer space, I’d be the one saying, “Aha, now it all makes perfect sense.”

Back in the 1960s, the Democrats went in for social engineering in a big way. They concentrated particularly on black Americans. One of the first things they did was to increase welfare, but only to those homes that didn’t have men living in them. That not only created dependency on the part of black women and children, but, inevitably, led young blacks to grow up without male authority figures around to keep them in line. The results weren’t too great for the grown-ups, either. Single black mothers, more often than not uneducated teenagers, were faced with the prospect of trying to raise and discipline unruly young guys; while far too many black men became as rootless and irresponsible as their offspring.

Nobody should be too surprised that blacks, whose families, in the main, used to be even more stable than whites during the 30s and 40s, are now in shambles. Half of teenage blacks drop out of high school before they graduate, and 70% of black babies are born to unmarried females.

But do liberals ever take any responsibility for creating this tragic mess? Of course not. All they do is insist that we all pay higher taxes so that more and more money can be spent promoting this endless cycle of victimhood and racial entitlements.

Liberals always chuckle when conservatives suggest that instead of merely having young girls practice getting prophylactics on bananas in so-called sex education classes, that abstinence be promoted in our schools. Liberals are always at their best chuckling at the ways of those they regard as hicks. That’s because liberals place far more importance on sophistication than on character, decency and values. Still, at the risk of being chuckled at, I have to ask what is so amusing about those millions of abortions taking place in America and what’s so damn funny about 25% of American girls, according to a recent survey, suffering from a sexually transmitted disease?

Another area in which liberals give every indication that they’re from another galaxy is the second amendment. For well over 30 years, Sen. Ted Kennedy, to name one of our more prominent left-wingers, has made it his mission to disarm law-abiding Americans. He would contend that he wants all guns confiscated, but any sensible person knows that the criminal class will always have access to contraband, be it drugs or weapons. But, wouldn’t you think, considering his own personal history, that Kennedy would devote his time and energy to doing away with automobiles and bodies of water?

Some people, including a certain number of Republicans, wonder why I support John McCain and, in spite of his faults, will vote for him in November. It’s because even if he’s not as conservative as I’d wish, I am convinced he’s an earthling and not a pod. When it comes to presidential elections, I am a realist, not an idealist. From my vantage point, it comes down to settling for half a loaf rather than ending up with a couple of crumbs.