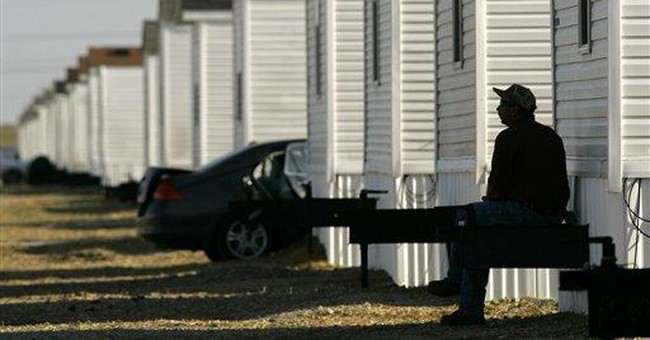 It was 142 years ago that Lewis Carroll, aka mathematician Charles Dodgson, wrote about young Alice following the large rabbit down that famous hole in the ground. When she hit bottom, she discovered a very odd place where strange creatures got together and talked foolishness at tea parties. It’s my hunch that if Mr. Carroll were alive today, he would not set his scene underground, but would, instead, use Washington, D.C.

The Queen of Hearts, so quick to holler “Off with their heads!” would look a lot like Hillary Clinton, Nancy Pelosi or possibly Barney Frank. Any number of Washingtonians could serve as the pompous walrus who wished to speak at length of many things, but my vote would go, if only for appearance’s sake, to Ted Kennedy.

Tweedledee and Tweedledum could easily be taken for Dick Durbin and Harry Reid. The Mad Hatter could be anyone of dozens, but John Murtha would get my vote. As for the titmouse who kept dozing off, who could be more appropriate than Robert Byrd?

But the cast of bizarre characters in our nation’s capitol is so plentiful that they could serve as models for any number of updated stories and fairy tales. Take “Pinocchio,” for instance. Imagine if Al Gore, whose head gives every indication of being made of wood, were cast in the title role. If all his lies, ranging from his and Tipper’s having served as the role models for “Love Story” to his having invented the Internet to his discovery of global warming, had the same effect on him that it had on the puppet who wanted to be a real boy, Al and his shnoz would reside in different zip codes.

Or consider the recent brouhaha that took place at FEMA. John Pat Philbin, who had overseen public affairs for the agency, lost his job because he staged a press conference using FEMA employees. His excuse was that the conference was called on such short notice that there simply wasn’t time to notify the reporters. Of course that was a fib, but not nearly as big or as amusing as the usual blather coming out of Washington. But he could hardly be expected to admit that they simply didn’t wish to have to fumigate the place afterwards.

As you would expect, the other paper pushers couldn’t wait to jump all over Mr. Philbin. When it comes to spotting blood in the water, sharks could take lessons from Washington bureaucrats. Homeland Security Secretary Michael Chertoff said about the fake news conference: “I think it was one of the dumbest and most inappropriate things I’ve ever seen since I’ve been in government.” That only means he’s been asleep at the switch, which doesn’t bode well for the nation’s security. Anyone who was paying the least bit of attention would see dozens of things far dumber every single day of the week.

Press Secretary Dana Perino chimed in with “It’s not a practice that we would employ here at the White House.” I bet she would and so would her boss, for that matter, if they thought they could get away with it. Imagine the bliss of not having to put up with the arrogance and foolishness of Helen Thomas and the other egotistical blowhards representing the Fourth Estate.

FEMA’s deputy director, Harvey Johnson, who fielded the questions at the press-less press conference, was also rebuked because he gave no indication at the time that his fellow staff members were asking the questions. Well, duh, what fun would it have been if he had? You might as well chide Lewis Carroll for not announcing in his opening chapter that caterpillars, rabbits and walruses, do not actually speak English.

All of this reminds me that in a recent survey, 66% of the respondents admitted that although they had never seen a UFO, 87% of them were convinced that intelligent life existed elsewhere in the universe. But I know a trick question when I see one. If they meant more intelligent life than one is likely to encounter in, say, Washington, D.C., they should have come right out and said so. In which case, I would imagine the response would have been 100%.