Why I'm A Conservative 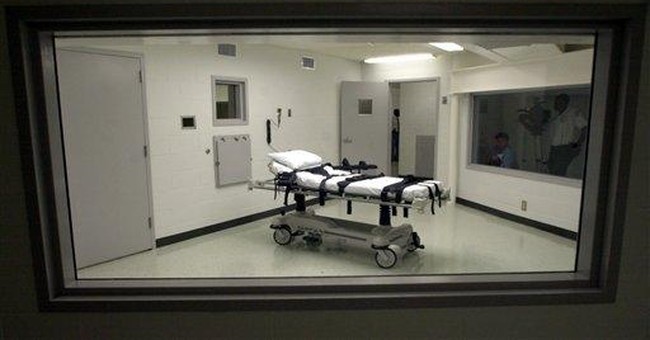 Every so often I hear from a self-anointed right-wing commissar that I'm not really a conservative simply because he's disagreed with something I wrote. The most annoying aspect of being called on the carpet is that it serves to remind me that some of those on the right can be every bit as dogmatic and self-righteous as the pinheads on the left.

So, I will now list my core beliefs and you can all decide for yourselves whether when I claim to be a conservative, I'm guilty of misrepresentation.

For openers, I'm in favor of capital punishment. The sixth commandment, by the way, doesn't really say that thou shalt not kill. When correctly translated, it states that thou shalt not murder. I can not imagine how anybody can argue that a person who commits cold-blooded homicide is entitled to out-live his innocent victim by 40 or 50 years.

Next, I do not understand why a so-called civilized society allows pedophiles to run loose. It always confounds me that so many on the right seem so much more concerned with the safety of embryos than they are with protecting actual children. I, for one, do not regard electronic monitors or court orders dictating how many yards from schools, parks and playgrounds, these perverts are allowed to come, as appropriate safeguards. What I regard as appropriate would be a dungeon or, better yet, a cemetery plot.

Speaking of the legal system, I do not believe that criminal defense attorneys should be encouraged or even permitted to invent any number of implausible theories as a means to confuse juries unless they swear on a Bible that they themselves actually believe that the rape or murder was committed by members of a Colombian drug cartel, an Albanian albino or a gang of Martians.

Furthermore, as a conservative, I believe in school vouchers. I can't be the only person who's sick and tired of listening to liberal politicians praising public education to the heavens while, at the same time, they've got their own children safely ensconced in private schools.

I am opposed to foreign aid. There are only a small handful of nations we can honestly regard as allies. Why on earth should we send billions of our tax dollars to the rest or underwrite the U.N., a haven for thousands of scoundrels who definitely have no business living in a glass house.

I wish I didn't ever again have to listen to people prattle on about the mortality rate in this country, implying that we'd all live much longer if only we had socialized medicine, otherwise known as universal health care. The only reason we don't all live to be 100 is either because we are cursed with inferior genes or because we eat and smoke too much. Heck, when you factor in drugs, booze and the way most of us drive, it's a wonder so many of us even survive our twenties.

As a conservative, I know what my position on abortions is supposed to be, but, frankly, in this day and age of the Pill and all the other readily available contraceptive products, I have no idea why it even remains an issue. It just seems to me that unwanted pregnancies, like AIDS and other STDs, are easily prevented, and it's high time we simply moved on.

I am for doing whatever it takes to close the borders and for utilizing nuclear energy. The former would go a long way to improving the quality of life here in America and the latter would free us of our dependence on places like Saudi Arabia and people like Hugo Chavez.

I oppose the federal government's misguided attempts at social engineering and I would do away with dual-citizenship and bilingual education. While I was at it, I would place the ACLU on the attorney general's list of terrorist organizations.

I would make English our official language, and I would out-law all those things that require you to hit button #1 for English, #2 for Spanish. Is there, I ask you, a single Spanish-speaking nation on the face of the earth that employs similar devices?

I would acknowledge that a state of war exists between Islamic fundamentalism and the civilized world, and I would do whatever is required to win it.

Before signing off, I wish to make it clear that I'm explaining my credentials as a conservative, not as a Republican. There's no reason at all to boast about belonging to a party that saw the Republicans in Washington trying to suck up to the Democrats for the first six years of Bush's administration. Just thinking about John McCain and his Gang of 14 is enough to make me gag.

The only reason I have for voting for people with (R) after their name is because those with (D) somehow manage to be even worse.

Finally, because I'm not just a conservative, but a dog-loving conservative, I'm disgusted that Michael Vick, a vile thug if ever there was one, was allowed to plea bargain his way out of the sentence he deserved. Forget prison. If it had been up to me, he would have been driven to the local vet to be fixed.