In praise of competition 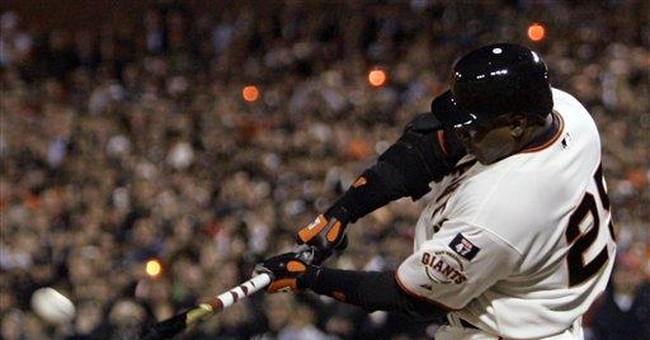 I would like to know the name of the buffoon who first decided that competition was a bad thing. Who was the silly goose who woke up one morning with the goofy notion that kids shouldn’t keep score in their games so that the members of the losing team wouldn’t suffer from low self-esteem? And what fathead decided that high schools shouldn’t have valedictorians because all the other seniors would feel like a bunch of underachievers?

No doubt it was the same idiot who determined that a level playing field didn’t really mean equal opportunity, but equal results. But who was he? Could it possibly have been, as I suspect, Dr. Spock? And, if so, why wasn’t he ridden out of town on a rail?

It’s not that I’m unaware that there can be a dark side to competition, but that’s only when the wrong people decide that the ends always justify the means, whether those means involve lying, stealing or back-stabbing.

However, honest competition brings out the best in most people. It’s what leads some individuals to invent, and leads others to refine those inventions. Whether people are driven to excel in pursuit of money, fame, glory or out of more altruistic motives, makes no difference to me. Whatever led to the creation of “The Brandenburg Concertos,” the internal combustion engine, “The Adventures of Huckleberry Finn,” the pacemaker or the microchip, I suspect that competition of some sort played a major role in bringing them about.

When I worked as an advertising copywriter for Doyle Dane Bernbach way back in the 1960s, the agency insisted that their clients be able to point to a product difference, something that made them unique, and in some way better than their competitors. I recall in one instance that the product was salt. Salt, for god’s sake, is salt. Expecting to have a competitive edge struck me as absurd. But I was mistaken. What the agency did was to design a superior container. After all these years, I don’t recall what made it better, whether it was more functional or merely a much more attractive package, but I do know that the consumer was provided with a legitimate reason to buy our salt, aside from a clever advertising campaign.

On the negative side of the ledger, we have certain baseball players who have resorted to performance-enhancing drugs in order to out-do the competition. In the case of Barry Bonds, we’ve been told that he was so jealous of the attention being paid to Mark McGwire and Sammy Sosa as they battled to break Roger Maris’s home run record that he figured the only way to fight fire was with fire. Only in this case, it was a matter of fighting steroids with steroids.

To be fair, Bonds claims he thought he was actually using flaxseed oil, although I don’t believe he ever said why. To me, that sounds like a cocaine addict claiming that he believed that the white stuff he’d been snorting was really flour or talcum powder.

But, perhaps when Bonds finally hangs up his cleats, he can take that competitive spirit to Washington, D.C., a town where a man with a flair for lying and cheating can easily carve out a distinguished career.