The Left is Brain-dead 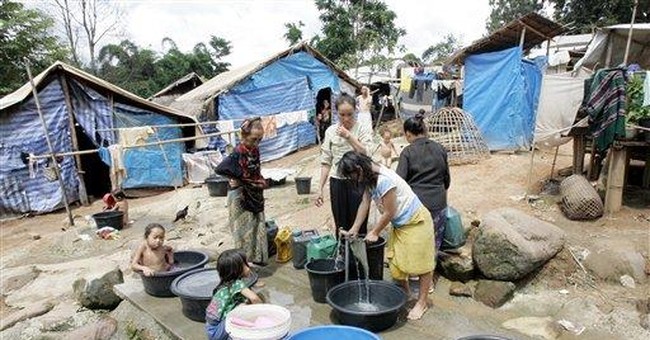 I spend an inordinate amount of time trying to make sense of the world. Which is probably all the proof anyone needs to prove that I’m certifiably loony. Even though I know that one of the most obvious symptoms of insanity is to keep doing the same thing over and over again in the foolish belief that the end result will be different this time, I can’t help myself.

For instance, a question that constantly plagues me is: why are there still people who long to see Communism prevail? Even back in the 1930s, when America was suffering through the Great Depression, very few American leftists packed their bags and moved to the Soviet Union. They certainly paid lip service to the so-called worker’s paradise, the Communist Eden, trying to peddle it to the masses, but they, themselves, Stalin’s “useful idiots,” chose to remain here, in Chicago and New York, Philadelphia and Detroit. A few of them went over there, but they didn’t stay long. All in all, they seemed to think it was a nice place to visit, but they didn’t want to die there. So why do so many people continue to promote the vile system?

Perhaps way back in the old days when Marx and Engels were kicking ideas around, people could be excused for seeing something nice in their theories. But ever since then, wherever societies have attempted to turn theory into reality, the earth has been bathed in blood, whether it was in Russia, China, East Germany, Cambodia, Cuba, Venezuela, Hungary or North Korea; brutal tyrannies, each and every one. In none of those countries, not too surprisingly, has art, literature or science, flourished. Aside from various forms of torture, these regimes have contributed absolutely nothing to mankind, and yet the yahoos of the Left continue their incessant cheerleading.

Such extremely successful capitalists as Oliver Stone, Steven Spielberg and Michael Moore, pay court to Fidel Castro, in spite of the fact that Castro censors the Cuban press, persecutes homosexuals, imprisons AIDS victims, and executes his political foes. But, then, what else would you expect in a world in which Che Guevara posters continue to sell in the millions?

Speaking of millions, even I was shocked to read that, according to Forbes, Cuba’s dictator is richer than England’s queen. I knew it was good to be king, but apparently it’s even better being a left-wing tyrant.

If you’re of a certain age, you may recall that years ago, during the Cold War, there was a major controversy revolving around the introduction of fluoride into America’s water supply. Those in favor claimed it would strengthen our teeth and help us ward off cavities. Those on the other side insisted it was all a Commie plot. I can’t recall exactly what it was the anti-fluoride crowd worried about. But if they suspected that, while toughening up our teeth, it would simultaneously weaken our national resolve and turn us into a bunch of weak-kneed, chicken-hearted, liberals, who insist we run from any fight we can’t win in five minutes, they just may have been right.