Confession of a Recovering Democrat 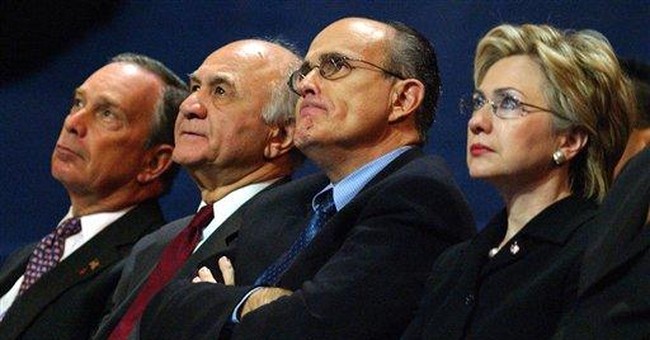 I grew up in a home in which Franklin Roosevelt was regarded as a saint. Is it any wonder that it took me so many years before I finally saw the light? As a rule, I don’t approve of people who lay their own shortcomings at the feet of their parents, but when I realize that for no other reason than the way I was raised that I actually voted for Jimmy Carter, it’s awfully tempting to blame my folks.

But whoever is at fault, it is certainly high time to acknowledge how much harm was done to this country during FDR’s administrations, and how much spin left-wing historians have put on his record . For instance, he has often been credited with keeping America from going Communist during the Great Depression. But you might say the same about the leaders of Germany, Italy and Spain.

The fact is, Roosevelt simply introduced an American form of Communism, one the country was willing to swallow. There were no gulags or show trials; instead, there was an alphabet soup of new federal departments and bureaucracies, whose sole purpose was to diminish the power of the states and its citizens. FDR tried and pretty much succeeded in turning the federal government into a grotesque, power-crazy, creature that was all mouth and no brain. Compared to Roosevelt, Dr. Frankenstein was small potatoes.

Roosevelt can’t even be credited with leading the country out of the Great Depression. If anything, as others, including Amity Shlaes in her terrific book, “The Forgotten Man,” have pointed out, his economic policies undoubtedly prolonged the nation’s agony. In a move that would have delighted such knuckleheads as John Edwards and George Soros, FDR kept increasing taxes during the 1930s. Only an old time lefty or a modern-day Democrat would ever imagine that the solution to a financial malaise would be to increase the tax burden on businesses and individuals. It took World War II, not Roosevelt’s left-wing machinations, to get America back on its feet.

That’s one of the reasons why when Michael Savage contends that liberalism is a mental disorder, I am in complete agreement. Liberals simply refuse to learn from their mistakes. Even though a lower tax rate inevitably leads to a sounder economy, to this day Democrats continue to insist that taxes should be raised. A child of eight could figure out that lower taxes allows businesses to expand and to pay higher salaries to more workers, thus leading to more taxes being paid. But, then, most eight-year-olds aren’t liberals.

Another lesson that the Left refuses to learn is that when dealing with fascism, communism or Islamic fanaticism, so-called diplomacy never works. Inevitably, liberals turn to a toothless organization such as the League of Nations or the U.N. to settle things peacefully, ignoring the fact that 70 years of history prove that they have never settled anything, whether the trouble was in Ethiopia, China, Iraq or Darfur. Inevitably, the guys in striped pants have to step aside and let the soldiers do what must be done.

While I have your attention, will someone please tell me who the ignoramus was who came up with the notion of dual-citizenship? I’m betting that some liberal knucklehead was behind it. How on earth can anyone simultaneously be a citizen of the United States and of some other place? It sure sounds a lot like bigamy.

Finally, I had a bad night recently. I couldn’t get to sleep at all once it occurred to me that liberals could literally get away with murder. All they’d have to do is to plead insanity.