Jimmy Carter, The Muslims, and Other Catastrophies 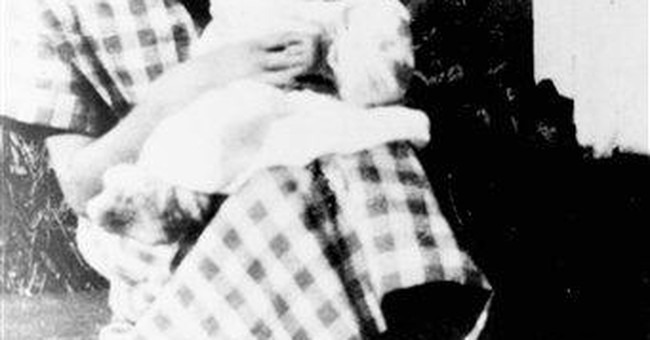 Can’t anybody shut up Jimmy Carter once and for all? In his latest statement, he blamed America for fomenting trouble in Gaza by siding with the Fatah against Hamas. Now, quite frankly, I don’t see a world of difference between the two groups, but at least Fatah appears to be the lesser of the two evils. Few would deny that Hamas, along with Al Qaeda and Hezbollah, represents Islamic terrorism at its very worst.

Yet, just a few days after the murderous rampage in Gaza that saw Hamas thugs butchering the opposition in the streets and tossing victims off tall buildings, there’s Carter leaping to their defense. I would have hoped that long before this, Rosalynn would have found a nice little rest home for this senior, senile, citizen.

For me, personally, the worst thing about Carter’s longtime affection for the world’s worst tyrants, ranging from Yasser Arafat to Castro, Chavez and Ahmadinejad, is that it serves as a constant reminder -- and source of endless embarrassment -- that I actually voted for this anti-Semitic clodhopper!

I do wish that when Carter finally goes to that big peanut farm in the sky, we might be spared all the predictable pomp and ceremony, the outrageous hyperbole and fulsome tributes, which will be lavished on him. If his send-off were left to me, I would simply point out that the man somehow managed to go from being the worst president in my lifetime to being the worst ex-president in American history.

Carter is simply another reminder that there aren’t enough examples of villains getting their just deserts. That is why it was such a joyous event when Mike Nifong received the legal profession’s version of a public spanking. The only problem with his comeuppance is that there were so many others who got off scot-free. I’m referring to the media, the Duke students and the school administrators, who were all as eager as Nifong to lynch the members of the lacrosse team.

But worst of all were the blacks of Durham, North Carolina, whose votes elected Nifong, even though it was obvious from the very beginning of the tawdry mess that he didn’t have a leg to stand on, but was simply counting on race-pandering to win him the election.

Isn’t it high time that people in this country started acting like adults and stopped thinking that it’s only other people who should be held accountable? In a front page story in USA Today about the shackling of youthful defendants, Myra Perez of West Palm Beach, Florida, took exception to her 14-year-old daughter, Malyra, being cuffed during her court appearance. After admitting that Malyra is troublesome; that she frequently runs away; that, when she bothers attending school, tends to show up stoned; and is currently on trial on a charge of grand theft auto, Mama objects to the shackles on the grounds that her daughter isn’t a criminal!

Of course, with the possible exception of Ma Barker, most mothers don’t care to admit their kids are scofflaws. But why on earth have the rest of us turned into a nation of wussies?

Why, for example, are various municipalities bending over backwards to accommodate Muslims? When Muslims working at Target refuse to sell pork products, why aren’t they fired on the spot? When Minnesota Muslims refuse to convey seeing eye dogs in their taxis, why aren’t their medallions yanked? And why have the good folks at the Kansas City Airport provided, at taxpayers’ expense, foot baths for Muslim cabbies?

How is it, I’d like to know, that in a nation where far too many people mistakenly believe that the Constitution bans Nativity scenes, menorahs and Christmas trees, in public places, Islamists are encouraged to shove their bloody religion down our throats?