What's Fair About the Fairness Doctrine? 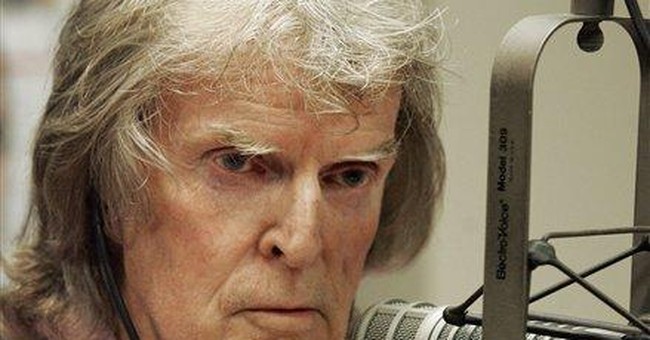 Lately, I’ve been hearing rumors that prominent liberal politicians, the very same people who are always proclaiming themselves passionate advocates for free speech, are looking into ways to muzzle conservative radio talk show hosts. They apparently believe that they can employ the FCC’s fairness doctrine to silence those who do not share their desire that the next occupant of the Oval Office have a (D) after his or her last name.

Although I appreciate irony as much as the next guy, I have an extremely low tolerance for hypocrisy. To illustrate what I mean, I’ll relate a conversation I had with an old college chum not too long ago. Although we’ve known each other for over 40 years, and were both Democrats way back when, we have since gone our separate ways, politically speaking. He went to Washington as a U.S. congressman while I stayed home and came to my senses.

On this occasion, he told me he was going to be investigating right-wing bias at Fox News. I told him that was fine with me. (Although I couldn’t really see the point of it, I figured that compared to most of the mischief Congress gets into, this wouldn’t cost us too much money.) However, he blanched when I wondered if he would next investigate left-wing bias at the NY Times, the Washington Post, the L.A. Times, CNN, MSNBC, NPR and the three major networks. I was actually looking forward to the grilling of Katie Couric. I couldn’t wait to see them wipe that smile off her face.

But, seriously, as they say, the problem with determining what constitutes objective reporting is that liberals labor under the delusion that what they believe is factual, whereas what conservatives believe is simply propaganda.

While on the subject of fairness, I’d like to go on record as stating there’s nothing fair about American taxpayers being made to foot the bill for illegal aliens. It’s like rewarding people who butt in line at the movies with free popcorn, candy and sodas, once they get inside the theater.

What’s more, I think it’s high time we not only stopped funding the U.N., as corrupt an organization as exists anywhere in the world, but cut off foreign aid altogether.

While I wouldn’t object to offering low-interest loans to our allies, I resent my tax dollars going to Islamic regimes which would like nothing better than to see us vanish off the face of the earth. It really strikes me as absurd that we go to great lengths to prevent American Muslims from funding Islamic terrorism, and then our government turns right around and sends billions of dollars to the Palestinians.

While on the subject of misplaced governmental largesse, I have nothing against rock stars staging concerts to raise money for Africa, but I fail to see any compelling reason why America should always be so eager to bail out that dysfunctional continent.

Colonialism and apartheid are distant memories, but the U.S., which had nothing to do with fostering either, keeps sending guilt money to countries none of us can even find on a map. I mean, if I wish to support a ne’er-do-well relative -- a shiftless brother-in-law, say, or a 45-year-old cousin who still lives at home with his parents -- that’s my business. But it’s certainly not the business of every other taxpayer in America.

What do we think about when we think about the Dark Continent? Well, aside from “Tarzan” movies, it’s generally tribal warfare, widespread AIDS, drought, genocide, Islamic tyrannies, female mutilation and modern day slavery, that come to mind. Now, really, why would any sane person wish to throw good money after bad down that abominable sinkhole?