Dealing With Odds and Ends 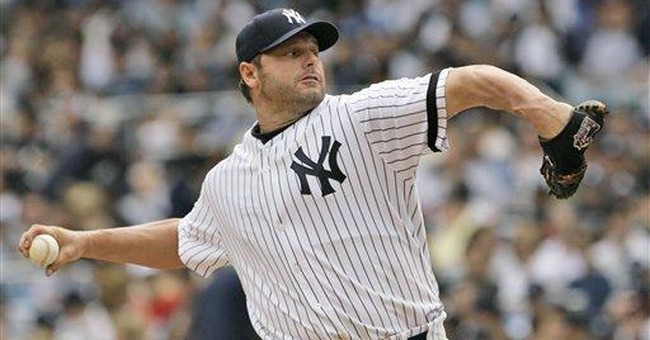 In this fast-paced world, there are times when a commentator simply has to take a deep breath and try to play catch-up. This is one of those occasions when I will attempt to clear my plate at one fell-swoop.

Here in Los Angeles, Chief of Police Bratton is under fire because the liberals are upset over the way the LAPD responded to the bottle and rock-throwing illegal aliens who took part in what the PC crowd naturally described as a peaceful demonstration. As I see it, people have no right, constitutional or otherwise, to demonstrate in any country where they’re not citizens. I imagine that Chief Bratton wishes he was still answering to Mayor Giuliani, and not Mayor Villaraigosa.

In a related matter, I recall that some years ago, a San Francisco cabbie ran down some thug who had just mugged an old woman. As a result, the felon got one or both legs busted. Naturally, he then got to sue the Good Samaritan in court and came away with a $75,000 judgment. If I had my way, anybody injured during the commission of a crime would only get to go to court for sentencing, not to collect on the lottery.

One day, while watching a New York Yankees game, I learned that Roger Clemens was coming back to pitch for my favorite team. A short time later, I learned that Nicolas Sarkozy had defeated a Socialist, and was the new president of France. Suddenly, I didn’t care about Clemens. In fact, the only downside to Sarkozy’s victory is that some of us will have to stop ridiculing France. But, kids, we’ll always have San Francisco.

Speaking of which, I keep waiting for the conspiracy nuts in our midst to blame President Bush for using explosives to bring down the San Francisco Bay Bridge. After all, as every loony knows, mere fire can’t possibly melt a structure made of concrete and steel!

Because I spent so much time grousing about my local newspaper, the L.A. Times, my wife announced it was time I followed the fine example of 400,000 of my fellow Angelenos who have quit taking the paper in the past few years. So, for the sake of peace in the home, I canceled my subscription. As I’m not the sort of person who wants to devote hours to a newspaper, I opted for USA Today. The joke’s on me. Although USA Today has fewer pages than the Times, it is just as bad. In fact, it leans so far to the left, the paper manages to make the Tower of Pisa look perpendicular.

The other day, in response to a piece I’d written about American Jews and their general antipathy to the Second Amendment, a Jewish conservative took me to task. He pointed out that he, along with several Jews that he knew personally, belong to JPFO, Jews for the Preservation of Firearms Ownership. As names go, I must confess I prefer the more succinct National Rifle Association, but I was nevertheless happy to hear about the organization.

However, I pointed out to my correspondent that there will always be exceptions to all generalizations. That’s why they’re called generalizations. I find that whenever I write anything about my fellow Jews, I will be accused of two things: over-emphasizing Jewish influence and stereotyping. Frankly, it’s difficult to over-emphasize our influence because, in spite of our being few in number, we tend to be high profile, affluent and very much involved in politics.

Finally, the city of Berkeley is considering including sex-change operations as part of its employee health care coverage. Not being a Berkeley tax payer, I’m happy to say that if they carry through on this goofy proposal, it won’t cost me a red cent. It’s a shame, though, that when Berkeleyites decide to go in for radical alterations, it’s invariably their gender, and never their politics.