First, Kill All the Judges 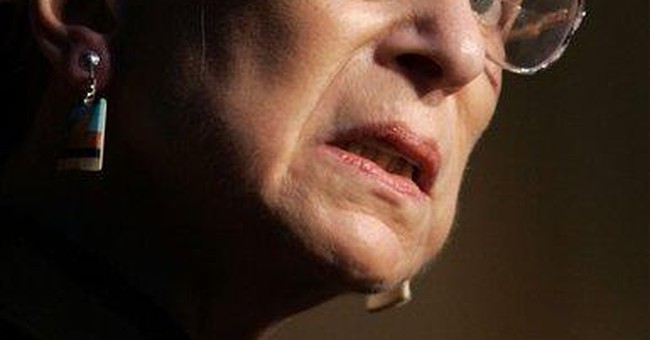 Recently, I was on a panel addressing the Republican Jewish Coalition here in the San Fernando Valley. The others on the dais were screenwriter Roger Simon, comedian Evan Sayet and in the role of moderator, radio talk show host Mark Isler. We discussed a gamut of issues, including what we panelists would do if we were president. My own response was that I’d refuse the job. Instead, I said, I’d like to be dictator. What’s more, being the sort of conservative who favors capital punishment and is glad we invaded Iraq, I wouldn’t be one of those benevolent ones we always hear so much about.

Ever since I made that statement, I’ve fantasized being totally in charge. As I told the audience that evening, for openers, I’d build a 50-foot wall that not only ran the entire length of our border with Mexico, but was also 50-feet deep. (I, for one, am getting sick and tired of those damn tunnels.) You think my plan would cost a bundle? No doubt. But it would be a bargain compared to what illegal aliens cost us, both financially and in the loss of our national sovereignty.

It’s not just the craven response of our elected officials to the border problem that makes me hunger for the czarship. Every single time I hear Harry Reid, Nancy Pelosi, Chuck Hagel, and the rest of the peace-at-any-price doves in Washington chirping about deadlines or see them trying to nickel-and-dime our troops to death -- literally to death -- I find myself positively yearning to take the reins.

The most recent occurrence that got my gorge rising is simply the latest example of judicial arrogance and cruelty. For a long time, I’ve realized that the only people who place more emphasis on blood than certain aboriginal tribes, Islamic fundamentalists and Dracula, are American judges.

Some years ago, in a highly-publicized case, the Illinois Supreme Court removed a young child from his adopted family, and handed him over, as if he were a used car or a stick of furniture, to some foreign jerk-off who hadn’t even been married, as I recall, to the boy’s biological mother. But blood, these black-robed idiots decided, counted for more than love and sacrifice, and far more than what the child wanted or needed.

There have been countless cases in which the children of women who used crack cocaine even during their pregnancies were taken away from the only home and only parents the children had ever known because, at some point and for however long, the woman had managed to get off drugs. These women endangered the child even before it was born; they’re unwed; and usually have no parenting skills or any other skills beyond hooking for a living. But none of that matters, not so long as they’re connected by blood. So far as these mutton-headed jurists are concerned, blood trumps everything, including commonsense and common decency. So far as these judges are concerned, blood is indeed thicker than water. But nothing’s as thick as their own heads.

The latest outrage is taking place in Memphis, Tennessee. Eight years ago, the biological parents of baby Anna Mae, Shaoqiang and Quin Luo He, gave up their infant daughter. Jerry and Louise Baker became her foster parents and have raised the child since 1999. You still remember 1999, don’t you? Bill Clinton was occupying the White House, the Twin Towers were still standing, and nobody but her parents had even heard of Paris Hilton. If you think that was a long time ago, imagine how long it would seem if it were your entire life.

Now, the Hes have decided that they want Anna Mae snatched away from everything and everyone she’s ever known. And, naturally, the members of the Tennessee Supreme Court agree. If I were running things, it would take me all of five minutes to determine that these judicial guttersnipes were aiding and abetting in what is clearly nothing more than a court- sanctioned kidnapping. Then I’d send the bunch of them off to the salt mines, there to ponder the error of their ways. Oh, did I forget to mention that, on top of everything else, Shaoqiang and Qin Luo He are illegal aliens?

Mrs. Baker says, “Our sweet, loving little girl is full of anger, and she’s yelling that nobody understands her.”

On the other hand, David Siegel, the attorney for the Hes, accused the Bakers of attempting to stir up public sentiment, ruining what “has otherwise been a very peaceful transition.”

First, I’d ask, which of these two people do you actually believe? Next, I’d like to know how it is that some lawyers aren’t compelled, like lepers in the old days, to ring little bells and say, “Unclean…unclean” whenever they appear in public. I’d also like to know who marries these people, and why.

In conclusion, let me merely say that the blindfold on Justice is intended to be taken symbolically, not literally. Justice, after all, is supposed to be blind, not stupid.