What is it with Jews and guns? 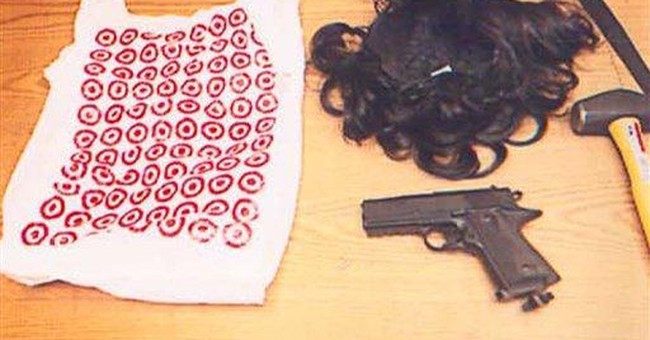 The other day, a friend of mine asked me why I thought those on the left hate guns so much. My initial reaction was to acknowledge that I have a tough time getting a handle on anything liberals say or think or do. It all seems wacky to me.

What’s more, I have no idea who compiles their playbook, although we are quite aware that they have one. It’s where they get all their talking points. For instance, we know that liberals favor affirmative action, although at the same time we also know they like to say that where race is concerned, they’re the ones who are colorblind. They also endorse bilingual education for Latinos even though it’s a handicap that the youngsters have a tough time overcoming, and may explain why such a depressingly small percent of them hang around high school long enough to graduate.

We know that leftists oppose capital punishment although I, for one, have never heard a compelling argument why a person who takes one or more lives in cold blood should be spared the ultimate punishment.

Furthermore, liberals seem to believe that same-sex marriages, abortions on demand, separation of church and state, not to mention open borders, are all covered somewhere in the U.S. Constitution. But if we’re going to be honest, one can see why liberals, who are far more prone than conservatives to forsake logic for emotion, would feel as they do about some of these issues.

As I say, I don’t know who makes their decisions. But it hardly matters if it’s a committee consisting of Bill Clinton, James Carville, Howard Dean, Chris Matthews, Nancy Pelosi, Jesse Jackson, Jimmy Carter, Charles Rangel, Barbara Boxer, Keith Olbermann, Michael Moore and Bozo the Clown, who set the agenda or it’s simply the editorial board of the New York Times. The thing is, they’re in perfect agreement that if only they got to make and enforce all the rules, this would be a far better world.

But why are those on the left so vehemently opposed to decent, law-abiding citizens owning guns? After all, most people -- unlike Hollywood celebrities -- can not afford to surround themselves with armed bodyguards. And as dedicated as the police may be to protect and serve, they’re usually not around at the very moment your life is being threatened. Besides, if liberals had their way and the Second Amendment was repealed, the only people in America with guns would be cops, criminals and the military. Interestingly, of those particular groups, criminals are the ones liberals hate the least.

Frankly, having given it some thought, I believe the reason that the Left hates guns so much is because of us Jews. With very few exceptions, we are terribly squeamish around firearms. The fear is totally irrational. It’s not just that we think someone will shoot us with our own gats, but that the guns, themselves, are anti-Semites, and will kill us of their own accord.

Sadly, it’s more than that. They also fear those Americans whom they most closely associate with gun ownership; namely, southern Christians.

Even though America is the most tolerant nation on earth, Jews tend to think if terrible things happened to their ancestors in 15th century Spain and 19th century Russia and 20th century Nazi Germany, it can and will happen here. It’s a form of paranoia. But it’s a very strange form. For as we all know, this is a nation of 300 million. So, wouldn’t you think a minority numbering a mere five million, and in constant fear of pogroms, would spend as much time as possible on the firing range?