Who's Storing their Junk in my Brain? 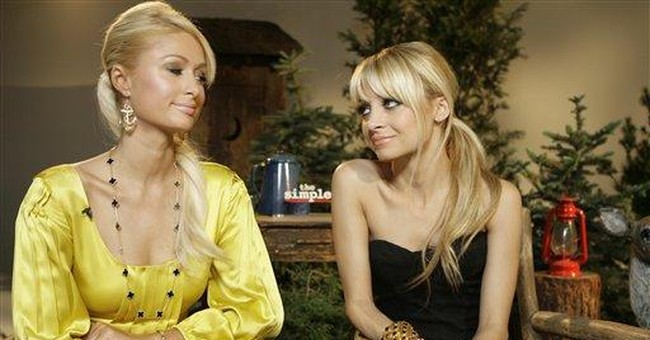 Years ago, I recall reading a line in a Sherlock Holmes story in which Dr. Watson voiced surprise at discovering that his friend was unaware of something that any English school boy would have been expected to know. Holmes explained that inasmuch as the fact was unessential to his work, he preferred not knowing it. Being able to identify scores of cigar and cigarette ash might help him solve a murder, but knowing who had commanded the Boers, for instance, was of absolutely no use to him.

Holmes went on to liken his brain to an attic, and he chose not to cram his full of knickknacks and other junk.

Ever since I read that line, I have regarded my own brain as an attic. Considered as such, it makes sense that young people would have a relatively easy time remembering things. It's like when people first move into a house. In the beginning, the attic starts out as clean and well-organized as the den or the kitchen. But as time passes, people start stowing stuff on top of other stuff. So it is, I believe, with our brains. The reason old folks have trouble recalling words and names is because they're buried under piles of other words and names.

What got me thinking about this was my realization that my own brain is jam-packed with garbage. Worse yet, I have no idea how it got there. It's almost as if strangers, instead of tossing out their junk or donating it to Goodwill, have been sneaking their trash into my house and stowing it in my attic until they decide what to do with it.

I realize this must strike some of you as the ramblings of a raving paranoiac. But if you're all so smart, tell me how it is that even though I make it a point not to watch tabloid TV or read the tabloid press, I know a ton of tabloid names. Now, understand I have never watched The View, American Idol, so-called reality shows, MTV, the Jimmy Kimmel Show or Greta Van Susteren -- and have not tuned in Leno or Letterman in at least 10 years -- and yet I know who Howard K. Stern is. And please explain why I know all kinds of nonsense about about Simon Cowell, Britney Spears, Paris Hilton, Donald Trump and Rosie O'Donnell.

How is it I'm aware that Angelina Jolie, whom I have never even seen in a movie, keeps trawling for African babies? And how is it that I, who was never even a fan of the Rolling Stones, not only know who Keith Richards is, but even know that he was either kidding or deadly serious when he recently claimed to have snorted a mixture of cocaine and his father's cremated ashes?

The fact of the matter is that I was quite smart when I was young. But at the rate I'm going, my brain will soon be as mushy as Nancy Pelosi's. It's bad enough falling tragic prey to Alzheimer's, but apparently in 2007 America, there's so much stupidity in the very air we breathe, one can actually become as dumb as a doorknob by osmosis.