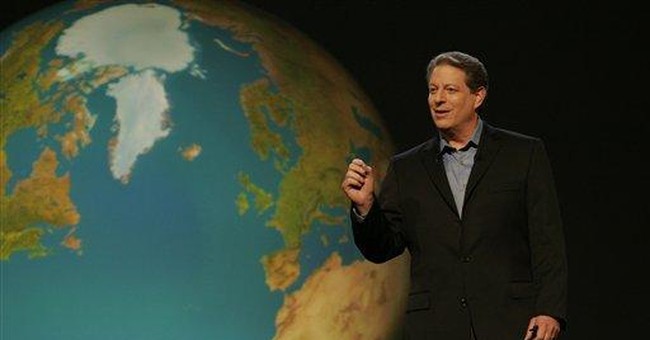 Many years ago, I read Eric Hoffers’s book, “The True Believer.” In the course of which, Mr. Hoffer suggested that although you might think that Communists and Fascists were polar opposites, their similarities were far greater than their differences. He was referring to the psychological makeup of their respective followers. At the time, being a very young man, I’m not sure I grasped how wise he was.

It was a truth that I discovered for myself between the years of 1987 and 1991, when I served two terms on the board of directors of the Writer’s Guild of America. All told, there were 19 of us -- three officers and 16 directors -- of whom at least five had been blacklisted back in the 1950s. These were writers who’d been Communists during the 30s and 40s. That meant that they had opposed America’s intervention in World War II during the two years of the Stalin-Hitler non-aggression pact -- years during which Germany had ridden roughshod over the rest of Europe. But once the Nazis invaded the Soviet Union, these American Reds became downright bellicose.

The reason I bring up this bit of ancient history is because, psychologically, these ex-Communists hadn’t really changed in half a century. Only instead of taking their marching orders from Joseph Stalin, they were now taking them from the tyrannical executive director of the Guild. Unable to think for themselves, they required a strong man to follow. And, like little ducks, follow him they did. In four years, they never disagreed with any of his edicts; and inevitably they voted as a bloc.

In the years since then, I have found this to always be the case with leftists. Although they no longer identify themselves as Communists, preferring to be called liberals or progressives, they still subscribe to group think. They are always in lockstep.

I’m not certain who it is who determines the liberal agenda, but once the decision has been made, they ask no questions, content to simply parrot the party line. And those who are immune to Big Brother are attacked as racists, Fascists, xenophobes, homophobes and war mongers.

Liberals, for instance, will all sing the same tune when it comes to gun ownership, global warming, bi-lingual education, same sex marriages, open borders, amnesty for illegal aliens, abortion on demand and dual-citizenship.

Liberals believe that “separation of church and state” actually appears somewhere in the Constitution. They can also be counted on to misquote the 10 Commandments to bolster their case against capital punishment. And they believe that war is not a last resort, but is, in fact, never justified.

When it comes to politicians, they cut conservatives no slack whatsoever, demanding that the heads of Tom Delay, Mark Foley and Trent Lott, be lopped off and exhibited on pikes. But when it comes to creeps and chiselers like John Murtha, William Jefferson and Harry Reid, they reward them with positions of power and influence.

Have you ever heard of one liberal taking another to task for a misdeed? No, neither have I. In fact, the only time a Democrat tells the truth about a fellow liberal is when they’re both running for president.

Conservatives, on the other hand, have crossed swords with President Bush over any number of things, ranging from the way he’s waged war in Iraq to his attempts to disguise amnesty for illegal aliens as a work program, from the way he pronounces words to the way he keeps calling Islam a religion of peace.

I’m afraid that not only could I never be a liberal, but I could never really respect anyone who’s too lazy or stupid to think for himself. I can’t even imagine swallowing a tenth of the bilge that people like Nancy Pelosi and Robert Byrd spoon feed their constituents on a daily basis. Frankly, I’d find it far easier to believe in Santa Claus, the Easter Bunny and the Tooth Fairy, or a rumor that Ted Kennedy had sworn off booze.