In Defense of Fences 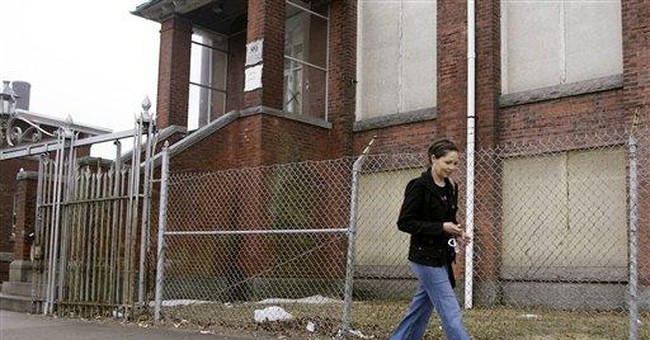 Recently, I attended a conference headed up by the great Ward Connerly. Over the two days, a great many issues were discussed by the group. The participants weren't exactly a cross section of the general public, consisting, as the gathering did, of lawyers, academics, successful businessmen, and me.

Although there were divided opinions on all the issues, the one that created the most heat and, I suspect, the least light was the matter of illegal immigrants. You couldn't even get everybody to agree it was a problem. For those who favored open borders, "undocumented workers" was the term of choice. In the end, it all came down to the same old liberal/conservative argument.

Those whose attitude can best be summed up as "the more the merrier" accuse the opposition of being racist. Those on the other side argue that a nation without borders is no nation at all, but merely a state of mind.

Just last week, I was arguing the issue with a friend. I pointed out that every other country in the world guards its borders, and that definitely includes Mexico, which protects its own southern border while violating our own on a daily basis. He said he didn't care what other countries did. He believed that America, being America, should have a welcome mat out for anyone who wants to enter. He didn't want to slam the door in the face of poor people.

I told him he was a hypocrite. After all, I knew for a fact that he had locks on the windows and doors of his home. Why shouldn't poor people be allowed to enter his dwelling and set up housekeeping in his living room? By what right should he have greater authority over his property than the nation has over its own?

I live in Los Angeles, haven to hundreds of thousands of illegal immigrants. It is also the place that Cardinal Mahony, defender of pedophile priests, calls home. Any time a local politician suggests that illegals are coarsening the quality of life in our community while crowding our schools and overwhelming our health care resources, Mahony can be counted on to label the man a racist. Like an actor responding to his cue, Mahony will insist that these are all hard-working Mexicans who are only looking to share in the American dream. But does anyone really believe that Mahony or any of his colleagues in the Catholic hierarchy, all of them looking to fill church pews, would give a damn how hard-working those border sneaks were if they happened to be Lutherans?

Those who condemn us, the anti-illegal crowd, as racists are always contending we wouldn't be so anxious to defend our borders if those were Swedes coming across.

The truth is, illegals are illegal, and I don't happen to care what nationality they are. I simply have a bone to pick with anybody whose first act on American soil is to break the law. There are, after all, millions of people all over the world waiting their turn to emigrate legally. When you get right down to it, it's those who constantly argue on behalf of Latinos for no other reason than their race who are the real racists.

To put this problem in some perspective, a conservative estimate of illegal Hispanics in America is 10 million. But not this conservative's. I'm guessing it's at least twice that many. But even if it were 10 million, in order to match that number, not only would every single Swede have to pack up and sneak over, but they'd have to bring a few million Norwegians along with them.

Instead of honestly debating the issue, liberals prefer to quote Emma Lazarus on the subject. "Give me your tired, your poor, /Your huddled masses yearning to breathe free,/The wretched refuse of your teeming shore…" That works fine in the context of legal immigration. But the last time I looked, there was nothing in there that said, "Let those fortunate enough to share our borders sneak in ahead of everybody else. They don't have to play by the same rules as Poles and Kenyans and Koreans. So long as they speak Spanish, they get a free pass."

And let us keep in mind that what Miss Lazarus was writing was a little poem, not national policy.