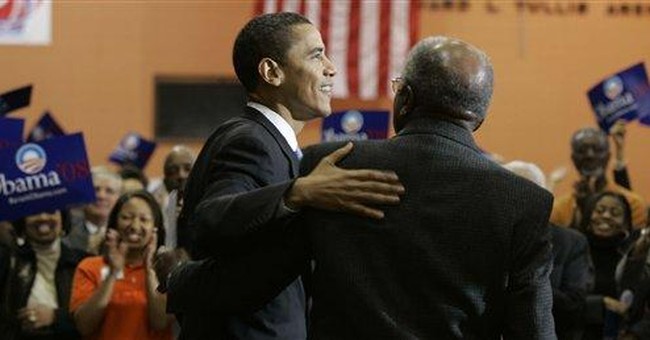 Years ago, I recall reading about an election in Great Britain. One of the candidates had been recently let out of an insane asylum. Apparently, upon one’s release back into society, at least in those days, you were presented with the equivalent of a diploma, a paper certifying that you were cured of your mental disorder. As I remember, this fellow was elected by a constituency that could proudly boast they were represented by the only certifiably sane member of Parliament.

As I look around at all the candidates who have decided that they and they alone are fit to be the leader of the free world, I can’t help wishing that at least one of them could display similar proof.

Actually, I’ve long contended that anyone, Republican or Democrat, who actually believed he was qualified to occupy the Oval Office was just as loopy as those poor souls who insist they’re Napoleon.

The cuckoo getting most of the media attention at the moment is Barack Obama. With all of his high-sounding blather about building bridges and bringing people together, you might get the idea that he wants to be America’s pastor, rather than its president.

Reading the effusive opinion pieces in the liberal media, you could easily get the notion that they’re merely running the senator’s press releases. You would think the man could walk across the Potomac and not get his socks wet. You might even come to believe that he hasn’t a partisan bone in his entire body. The fact is, when you get down to issues, he’s slightly to the left of Ted Kennedy and Barbara Boxer. Unless he completely disavows his voting record, claiming perhaps that since coming to Washington he’s been remotely controlled by left-wing aliens, he has as much chance of passing himself off as a moderate or a centrist as Hugo Chavez.

Obama is making a good deal of political hay out of the fact that he alone of all the candidates opposed our invasion of Iraq. That brings up two questions. Back when he made his anti-war speech, he was still a member of the Illinois state legislature. What business has a state senator got making pronouncements about America’s foreign policy? But, more importantly, back then such bona fide liberals as Clinton, Kerry, Lieberman, Feinstein and Schumer, voted in favor of the invasion. So the question that begs asking is whether Barack Hussein Obama would ever be in favor of taking any action, no matter the provocation to America, that would put Muslim lives at risk.

In his favor, I’ll grant that he’s not as smarmy as Edwards or as bombastic as Mrs. Clinton, but that’s not saying much. Having seen Obama and Mrs. Obama on “60 Minutes,” I was reminded of both the Clintons and Richard Nixon. Like the Clintons, when they appeared on the show, we have a two-lawyer family in their 40s, each of them hungrier than the other to take up residence at 1600 Pennsylvania Avenue. Like Nixon, who used the family dog, Checkers, to a fare-thee-well, we had the Obamas telling us that their kids were okay with their dad’s running for president so long as they got a pooch when they wound up in the White House. Naturally, since he was interviewing a liberal, Steve Kroft was too polite to ask them why the kids couldn’t have a dog even if their father was only a U.S. senator.

I suspect that Mr. Obama, like Bill Clinton, started running for president at an age when most boys are learning how to throw a baseball. I also suspect that in the next year or so, a dozen books will come out, all of them claiming to tell us what the real Obama is really like. I can save you a lot of time and money. The real Obama is a lot like the great and powerful Wizard of Oz, able to give you a brain; the next fellow, a heart; the other guy, courage. He thinks he’s Napoleon, but with lots more charisma.

Down deep, he’s just another megalomaniac who thinks he should be running the world. He’ll be black for black voters, white for white voters, and beige for Michael Jackson. But what do you want to bet that rather than risk offending a potential voter, he’ll never even come right out and say whether he roots for the Cubs or the White Sox.