Global Warming and Other Urban Legends 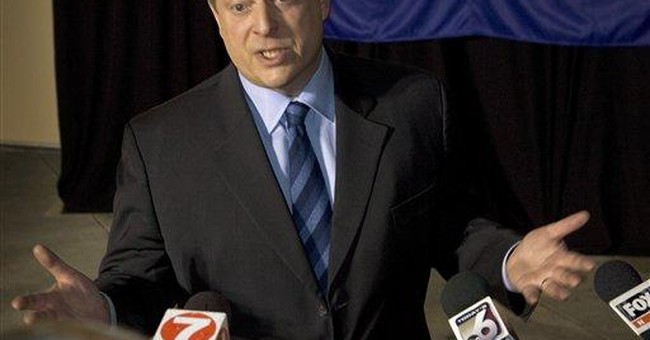 I don’t know how long urban legends have been with us, or why it is we never hear about rural or even suburban legends, but it seems to me there’s been a major change in these silly things over the past few years.

But these days, the most common folk tale is that every kid who is killed by a cop or a gang member is an honor student, sort of the way that tabloids used to identify every hooker who was ever arrested or murdered as a Hollywood starlet.

I first became aware of this phenomenon when my son was in high school. At least every other month, or so it seemed, I would read about some poor innocent teenager, invariably an honor student, being shot down in the street. Nearly without fail, when I’d ask my son if he knew the victim, he’d inform me that the 10th or 11th grader was a known drug dealer.

In the area of youthful criminality, things have become so absurd that whenever a black or Hispanic teenager is arrested, we are assured by his mother, his attorney and a complicit media, that he’s the one who is the victim -- a victim of a bigoted white society and a racist police force. Not too long ago, a 13-year-old punk here in L.A. swiped a car, went joy-riding, and when he was finally cornered, tried to drive over a cop. When the officer shot him in self defense, his mother was treated like the parent of a martyr. Nobody dared ask her where she was and what she was doing when the adolescent was out on the streets committing mayhem at 4 a.m.

Funny, for years whites were told we were never to refer to blacks, no matter their age, as boys. But let one of these teenage gang-bangers get collared for anything from rioting to rape and, suddenly, everyone from their lawyers to the editorial staff at the L.A. Times is insisting they’re only boys, just tots, mere toddlers.

The other big lie that’s caught on in a big way is global warming. I suspect this is strictly an urban legend because in rural America, farmers have the experience and the commonsense to recognize the cyclical nature of climate.

Because of the unusually cold winter we’ve been having here in Southern California, I’ve given a good deal of thought to the subject. What I find so fascinating about it is that Al Gore’s disciples are able to explain all types of weather as a result of it. If it’s unseasonably warm, we not only know why, but we know we can lay the blame on those rotters driving their gas-guzzling SUVs to the supermarket. It might even sound reasonable if you were unaware that changes in the earth’s weather occur on an irregularly regular basis, and that just a short time ago these same junk scientists were warning us about global cooling and the impending modern ice age.

As I’m sure you’ve noticed, freezing cold weather is also blamed on global warming! In other words, no matter what the result is, the cause remains the same.

In a way, it reminds me a lot of religion. If you really truly believe, God gets all the credit for everything. If something wonderful occurs, it’s because of God’s inate goodness. But when it’s something awful -- something like an earthquake, childhood leukemia or a holocaust -- the faithful will insist, “God moves in mysterious ways. We can’t hope to read His mind, but we know He has His reasons.”

I am not a religious person, but if I’m going to accept anything on faith, I would prefer to lay my money on an invisible force than on Al Gore. The one, after all, somehow managed to create the seas and the stars, dogs, deer, peaches, sunsets and Man, himself; and also found the time to act as a muse for Johann Sebastian Bach, Thomas Jefferson and, I suspect, the fellow who invented baseball. On the other hand, we have Al Gore, the pumpkin-headed schnook who couldn’t even carry his home state in a presidential election and claims to have created the Internet, but never quite around to getting a patent.