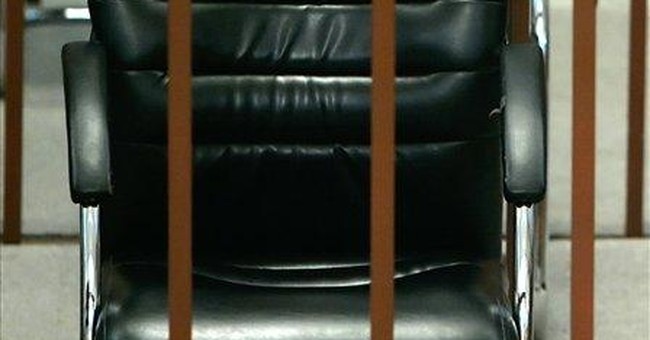 A lot of people were up in arms over Saddam Hussein’s execution. Some hated the fact that it took place around the time of an Islamic holiday. But it’s as difficult to avoid their holy days as it is to avoid hitting a mosque when you bomb Iraq. Others were angry that the actual hanging was captured on a cell phone. And, finally, there are those sob sisters who believe they are morally superior to mere mortals because they’re opposed to executions any time, anywhere.

Well, I beg to differ. I wish his hanging had been televised in color and broadcast during prime time around the world. Except for the initial elation when the Butcher of Baghdad was rooted out of his rat hole, I have been disgusted by all subsequent events. I still recall what consternation there was when we saw photos of Hussein having his hair checked for lice and his mouth checked for cyanide capsules. You’d have thought Mother Teresa was being strip-searched.

The guy was a monster who had used poison gas on the Kurds, invaded Kuwait, bribed every thief at the U.N., shot missiles into Israel and waged two wars against the U.S.; and still chowderheads in and out of the media were concerned about his dignity being insulted.

During his trial and again on the gallows, he urged his followers to go on killing. Well, why not? Torture, murder and rape, were his legacy. But we were supposed to preserve his dignity?

If there were really any justice in the world, Hussein would have wound up the way the Italians saw to it that Mussolini ended up – his carcass hanging upside down like a side of beef in Milan’s Piazzale Loreto.

Every tyrant in the world, from Kim Jong-iL and Ahmadinejad to Syria’s al-Assad and Vladimir Putin, should have had the opportunity to turn on his TV and seen in living color what might very well be their fate if they don’t shape up.

There are times, after all, when a picture is worth a thousand words. And a picture of a pig hanging in an Islamic country would have spoken volumes, and wouldn’t have required translation into Russian or Korean.

Speaking of swine, what I have never understood is why Israel or any other country besieged with suicide bombers doesn’t announce that in the future their remains will be carefully collected and buried wrapped in pig skins. I have to suspect that would cut way down on recruitment. I mean, it’s one thing to believe that 72 virgins are anxiously awaiting your arrival, and quite another to think you’ll be lucky to wind up on a blind date with Rosie O’Donnell!