It's black and white 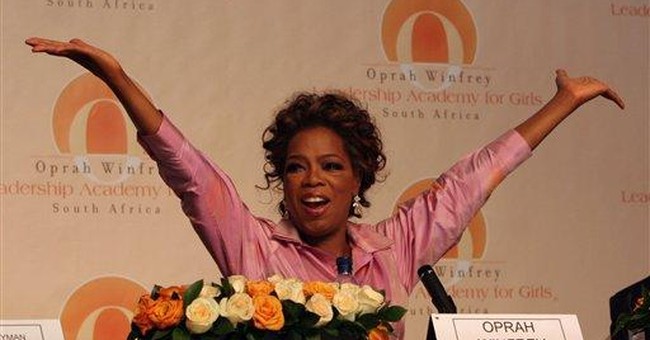 Recently, I was being interviewed on radio by a black woman. We were discussing my new book and were getting along just fine until she decided to attack me for suggesting that most of the racists in America are black.

She refuted my conclusion, arguing that even the brouhaha a few years back over Janet Jackson’s bared breast proved that white America was a racist society.

I couldn’t believe my ears. I asked her if she’d been unaware of the stink raised over Britney Spears smooching with Madonna. And that display took place on a music awards show that had nothing near the audience that the Super Bowl commanded.

Sometimes, it’s easy to get the idea that many black Americans are unaware that there are nearly 300 million of us who, without being black, garner our share of grief and misery. It goes with being human beings, and has nothing to do with pigmentation.

Even the high and mighty aren’t above the fray. Go back a few decades and you have the spectacle of Richard Nixon’s having to resign from the highest office in the land. Or consider V.P. Dan Quayle, who suffered far more public humiliation than Ms. Jackson simply because, one, he forgot how to spell “potatoes,” and, two, he voiced a legitimate concern that TV’s Murphy Brown was setting a bad example for America’s youth by having a child out of wedlock.

People ridiculed Quayle by pointing out that Ms. Brown was a fictional character. But, then, who ever claimed a fictional character couldn’t influence the highly impressionable? Look at Huck Finn and Scarlett O’Hara, the Three Musketeers, Rocky Balboa, Superman, and Hillary Clinton.

When Al Campanis and Trent Lott misspoke on the subject of blacks, they were immediately banished to Lower Slobovia. However, lambasting whites is a surefire path to success for many upwardly mobile black Americans.

Let Pat Robertson dare run for the presidency and the liberal media castigates him for blurring the division between church and state. But nary a discouraging word is voiced when reverends Jackson and Sharpton toss their hats in the ring. And while we’re on the subject, do those two palookas ever bother attending church, let alone ever actually function as ministers?

When I suggested to the radio hostess that the biggest problems for blacks in this country were self-inflicted, and that whites were not responsible for a 70% illegitimacy rate, for turf wars over drugs, and for the alarming drop-out rate among high school and college students, she said I simply wouldn’t understand -- that it was a black thing!

The fact is, most blacks who are raped, robbed and murdered, are the victims, not of white bigots or white cops, but of black thugs.

But some people find it easier to play the race card, to pretend every time black celebrities are arrested, it’s because rotten white society is out to get them. Funny how that works, though. The same society that arrested O.J. Simpson had first given him a college education and then handed him millions of dollars to play football, make movies, and run through airports in TV commercials.

If this were a racist society, believe me, we would not know any of those names. Those people would be working in the fields or doing time in the gulags or they’d be dead. That’s the way it works in racist societies.

I do not happen to believe that most white Americans in 2007 are bigots. I think, by and large, we judge blacks exactly the way that Dr. King suggested -- by their character and their intelligence and their ability. It’s the same way we judge each other.

However, we don’t have a lot of sympathy for those who claim to be victims of racial oppression. We can’t stomach those who wallow in self-pity, demanding everything from reparations to college degrees as birthrights.

We have no patience with those who blame their lack of ambition in school or the work place on people they don’t even know. And we certainly have no use for the creeps who spawn all those millions of children, condemning them to be raised in fatherless homes, simultaneously condemning the rest of us to live with the violent, illiterate thugs so many of them will inevitably grow up to be. And who then, for good measure, blame white society when these punks eventually wind up in jail.

Needless to say, the lady on the radio took strong exception to my words.

I simply couldn’t get through to her. It must be a white thing.