The Health Care Plan You are Going to Get 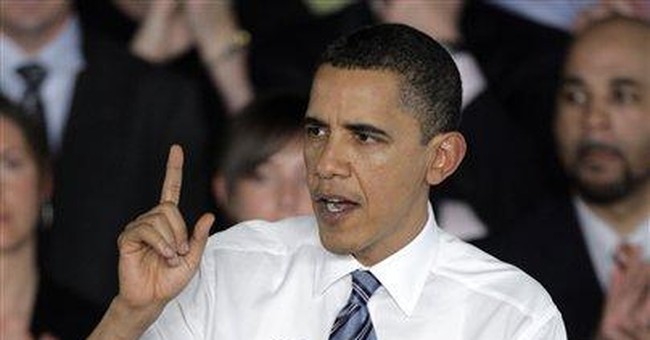 The itsy-bitsy spider climbed up the water spout and apparently bit the Speaker of the House. Ms. Pelosi had a delusional moment the other day, but she was clear on one thing. She never intended to listen to any Republican suggestions regarding the health care bill.

Close observation of the Bipartisan Health Care Summit provided clarity within the first half hour that there was not much bipartisan here. After listening to President Obama, Harry Reid, and Nancy Pelosi, it was obvious that there was no way that they were going to overhaul their 2,400 page (or is it 2,600) health care bill.

I recently enlisted expert advice on the issue. My source was Dr. Bill Cassidy, who doubles as the Congressman from the sixth district of Louisiana and is part of the growing breed of medical professionals that refuse to leave the administration of our country to interests hostile to a cost-effective, patient-oriented, health care system. Dr. Cassidy was elected to Congress in 2008 after spending 20 years serving the uninsured in Louisiana’s public hospital system and teaching at LSU’s outstanding medical school. His specialty is gastroenterology and like many other elected physicians, he still sees patients when he’s back in his district. He is one of the very few people in Congress who truly has first-hand knowledge of those that the omnibus health care bill supposedly seeks to help.

Dr. Cassidy reminded me of an interesting exchange that confirmed President Obama’s utter ignorance of how markets function. Republicans pointed out that the Congressional Budget Office (CBO) analysis stated that premiums would rise under the existing proposals. The President initially insisted that this was not true, but then backtracked, arguing that premiums would go up because the new policies would have additional benefits. What the President doesn’t understand is that for each additional mandate – every one of which increases premiums – more and more consumers would no longer be able to afford the policy. Dr. Cassidy pointed out that the price of health care insurance is not inelastic.

Dr. Cassidy cited Senator Max Baucus as a prime example of the problem with the proposals. Other than the fact that Senator Baucus had to be tone deaf when he stated that the two sides were not really that far apart – a stunning statement unto itself – he shockingly misstated the reality of Health Savings Accounts (HSAs). Dr. Cassidy knew that a Kaiser Family Foundation study showed that because the HSA program provides an affordable health insurance alternative, 27% of new HSA participants were previously uninsured. Just think what might happen if HSAs were widely known and encouraged by the government.

But what seems to upset Dr. Cassidy the most is that the legislation does not address the largest problem with the health care system. He believes the system needs to be changed from a volume-based to a value-based system. The system has come to this gradually over the last 45 years as government has become more in involved in health care decisions. Doctors today need to treat huge numbers of patients to generate enough revenue to cover their costs. They often don’t have the ability to properly focus on their patients’ needs and may prematurely kick their patient to a specialist or order costly tests. The value-based system that Dr. Cassidy envisions would create greater synergy between doctor and patient, reduce malpractice costs, and provide higher quality service. Unfortunately, Obamacare will force doctors to see even more patients – thereby reducing individual attention even further – because it cuts physician reimbursements to the bone.

The largest single challenge centers on how to pay for the plan. The Democrats propose that everyone be required to carry insurance. They blithely assume that everyone will happily buy expensive insurance to subsidize those who have pre-existing conditions. Welcome to Dreamland; there’s no way that healthy young Americans will incur these huge costs, even with the threat of harsh (but obviously unenforceable) penalties.

Republicans have offered a far more palatable solution. Instead of arm-twisting middle-class Americans, Republicans propose to focus subsidizes on the limited market of individuals with medical challenges, and allow everyone else to buy competitively-priced products.

Dr. Cassidy is one of less than 20 health professionals in Congress able to offer realistic solutions based on their first-hand experience within the health system, but unfortunately, their sensible solutions have fallen on deaf ears. Perhaps the spider that Ms. Pelosi was speaking about had a venomous bite that has driven her to push these disastrous policies. God willing, her colleagues will listen to Dr. Cassidy and the American people.