Don’t Tax Me; Tax the Student behind the Tree 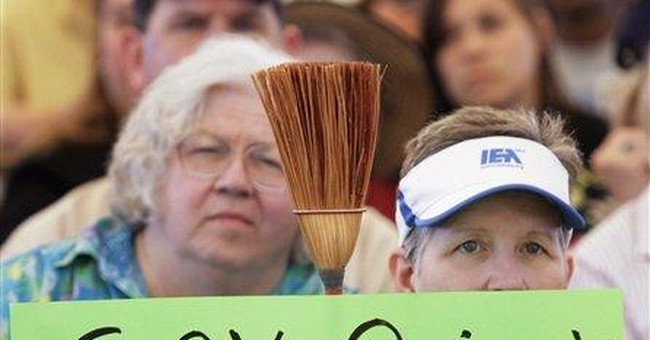 The New Year brings new and exciting developments. Will we have a life-changing overhaul of our health care system? Will it cause major changes in the makeup of Congress? And of course, how will our elected officials find new ways to extract money from us for their misguided ways?

The latest target for big city mayors is college students. Some mayors feel that they’ve exhausted all means of raising taxes to balance their budgets. However, since their cities are largely controlled by municipal unions, they are unwilling to adjust their employee payroll by cutting personnel, health care benefits or pension costs. Thus they seek new revenue sources to exploit. What better revenue source than young adults who don’t vote in the local area?

Taxing people who don’t vote locally has been a consistent theme for municipalities. Outrageous hotel taxes are a commonly-used ploy. When you book a hotel, you’re usually given the room rate, but somehow they always seem to leave out the 18% or so hotel tax and the various add-ons for special municipal projects. Very few travelers base their travel plans on the extra costs, but certainly feel a little nauseous when paying the bill. Other taxes, such as additional charges for car rentals from the local airport, are tried and true ways of soaking anyone other than the local constituents.

Some cities have already extorted payments from colleges, but now they want to establish a tax tied to each enrolled student. The three leaders in this movement appear to be Boston, Providence and Pittsburgh. Boston and Providence wish to institute a flat fee per semester of $100 to $150 per student. Pittsburgh wants to charge 1% of the annual tuition, which results in a tax of between $27 for community college and $409 for Carnegie-Mellon each year. Boston and Providence place an interesting twist on the scheme by exempting public colleges in favor of taxing private ones.

The rationale of public officials for increasing taxes is limited only by the imagination of mankind. Providence Mayor David Cicilline offered this gem, “It’s really about a shared commitment to the well-being of your community that you’re part of. Everyone should be doing their part and coming to the table.” It seems the mayor should attend one of these colleges so he learns never to end his sentence with a preposition.

What is omitted from this equation is the massive amount of tax revenue created by having these students in the local area in the first place. They travel, which generate airport taxes. Their parents visit them, which generate airport, car rental and hotel taxes. The students often spend large sums of money, which generate sales taxes and income for local establishments that exist to serve the students and who in turn pay significant business license fees. The schools hire a large number of local residents – including highly-paid faculty members – who in turn pay property, sales, and numerous other taxes.

These three cities would be disaster areas without the colleges and universities there – Pittsburgh being the finest example. For generations, the city was the center of the steel industry. When the economy shifted and steel dried up, Pittsburgh could have easily become another Detroit. Instead, with some fine civic leadership centered on its network of outstanding universities, it was able to recast itself as a medical research, technology, robotics and financial services hub. Unfortunately, the current mayor, Luke Ravenstahl, may not understand that the budget challenges he now faces would be magnified tremendously if he didn’t have the local universities in the first place. In fact, his city would be a ghost town.

As you might expect, the common aspect that these cities share is that they are union cities run by Democratic mayors. It does not really shock anyone to see these people relentlessly pursuing greater revenues instead of adjusting their employees’ expectations and compensation. Pittsburgh even cited its $600 million pension fund shortfall as rationale for the college tax.

We’ve all seen politicians come up with lavish new schemes to support their drug of choice: money. They will reach into every imaginable pocket, and then apply perverted rationales to justify their decisions. Once one of these cities wins the right to tax students, you will quickly see an avalanche of other cities following. After all, nothing justifies taxing you here better than the fact that they’re taxing you there. This will obviously drive up the already ridiculous cost of higher education, but the politicians won’t care as long as their public employee unions remain happy.

As cities continue to watch their revenues evaporate – and refuse to cut long-term costs – they will concoct more bizarre and onerous tax schemes. Unfortunately, they will continue to disregard the reason people are deserting their cities in the first place – absurdly high taxes.