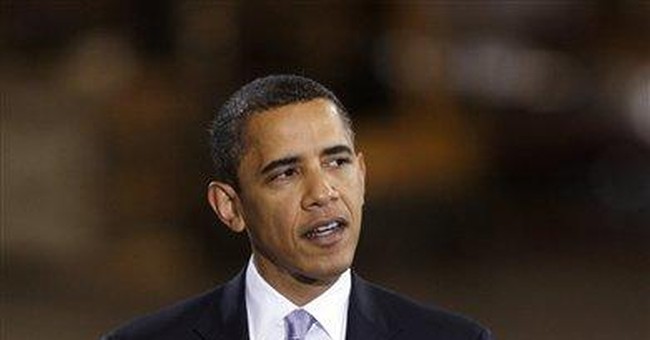 President Obama often states that the federal budget cannot be balanced without health insurance reform. Even if that were true, the real crisis that exists already and will only worsen over time comes from the horrendous obligations taken on by state and local governments for public employee pension plans.

Keith Richman caught on to this problem while a California Assemblyman. He has formed the non-profit California Foundation for Fiscal Responsibility to educate elected officials and the public on the looming budget disaster. Fortunately, he is not the only one touting this pending mess. Ron Seeling, the Chief Actuary for CalPERS (the California public employees’ retirement program), has stated the plan is unsustainable. CalPERS represents state employees and 1,500 local governmental entities.

Some would say the pension problem starts with the unionization of public employees. In California, the major catalyst was SB400, signed by Gray Davis in his first year in office, 1999. The bill lowered retirement age for public safety employees to 50 years old and to non-public safety employees to 55 years old. We are in an era when people are living on average until around 80 years old.

The law gives the employee pension benefits of 3.0% of their final income for each year of service. It also made the 3.0% amount retroactive to the beginning of their employment period. That means if you work 20 years you receive a pension benefit equal to 60% of your final income. The problem was compounded by how they calculated the income on which to base the pension.

Everything including the kitchen sink adds to the final income level. Things such as auto allowance and bonuses boost the final number. If the employee did not use vacation pay or holiday pay for the prior 10 years that adds to the base salary to determine the income. Understanding that in most private sector jobs when you do not use your vacation, you lose your vacation, the ability to accumulate vacation time opens up the system for vast manipulation. Peter Nowicki, the Moraga Orinda fire chief, retired at age 50. His final salary was a whopping $185,000, but small compared to his annual pension benefit of $241,000. Making that matter worse, Nowicki was hired as a consultant to the fire department for an additional $176,000 per year -- on top of his retirement benefit.

This is not an isolated case. In Los Angeles County there are over 3,000 people receiving greater than $100,000 per year in pension benefits. In San Francisco, it was found that 25% of employees’ income spiked up over 10% in the final year of their work. The San Francisco grand jury found that amount cost the city $132 million.

Some would argue why not game the system? Let’s say you start working for the government when you are 30 years old and work for 25 years. Your final income with all the fancy calculations ends up at $120,000. That means you would receive $90,000 plus full health care benefits. You can either live on that very nice retirement or you are free to get another position. After all, being 55 years old, you are still in your prime earnings years. Where in the private sector are there comparative opportunities?

These kinds of retirement ages and benefits are why the estimated unfunded liability is soaring. California has estimated unfunded pension and health care liabilities ranging from $100 to $300 billion. The school systems operate under their separate pension program – CalSTRS. The Los Angeles Unified School System estimate for unfunded retiree benefits comes in at about $10 billion. That is one school system, be it the largest, in one state. Estimates show that the LAUSD will soon carve out 30% of its budget for combined retiree health and pension benefits.

California may be the worst example, but not the only example of deplorable financial planning by governmental entities. The original justification for rich benefits for public employees centered on lower salaries, but that no longer rings true. A recent analysis by the U.S. Bureau of Economics shows that federal employees receive compensation that is double the average of the private sector. Other studies have shown state and government employees to be receiving like levels of compensation.

In states like California, the public employee unions fund huge political campaigns. To most observers, the unions have a stranglehold on the state legislature, Los Angeles and San Francisco city governments, and most if not all of the school districts in the state. When the employees control the employers, the results are uncontrollable obligations.

A recent report stated that children born today will live an average life span of 100 years. With public employees retiring at 50 or 55 years of age, it doesn’t take a deep thinker to extrapolate that these retirement benefit programs are unsustainable.