Who in the World is Glenn Beck? 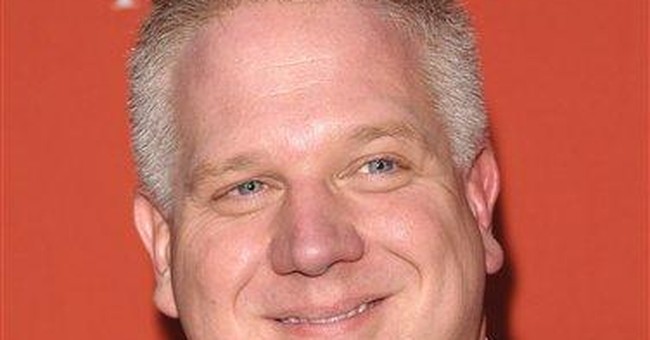 I record Special Report on Fox News every day. One day I noticed that there was a change in the preceding show. Neil Cavuto had been transferred to the new Fox News Business channel and some guy named Glenn Beck had taken over the slot. Nothing resonated with me so I didn’t bother to watch his show.

I soon heard that Beck had broken the story of Van Jones, a guy who should not have been in any administration, let alone a presidential one. Then Beck got credit for showing the Acorn videos that began the cascade of charges and loss of support for that organization. The Obama Administration responded to this by making Beck Public Enemy #1, along with the rest of Fox News.

All of a sudden everyone was talking about Glenn Beck. More importantly, the White House decided that they could not take it anymore, and started vilifying Fox as a “center of opinionating” (rather than a news network) from whom facts could not be trusted. It was not good enough to bar any access to the administration; they sent out their top guns to establish a quarantine of Fox. Despite every attempt to bury stories contrary to the interests of the Obama Administration, some networks had actually gone over to the dark side and allowed snippets of recognition. This could not be tolerated.

Surprisingly, the Administration’s plan to ostracize Fox has faltered because the mainstream media picked up the story. As much as Fox’s competitors harbor innate contempt for Fox (and maybe a little jealousy), some actually recognize that it is nonetheless some form of a news organization. Jake Tapper of ABC News recently had the temerity to confront Robert Gibbs, the White House Press Secretary. Tapper suggested that there might be a hint of legitimacy among the 1,000+ employees working at Fox News. Gibbs stayed on message – Fox was not to be trusted.

I want to thank the Obama Administration for bringing back my youth. When I was 20, the age that my son is today, we had an administration that was in trouble. That administration was found to have an enemies list. It sent out the Vice-President to strafe anyone who would dare criticize its policies. In fact, the entire administration displayed a paranoia that manifested itself in a crime that ultimately brought down the President.

Long before Watergate, I had a Nixon countdown calendar on my wall. Each day I used my red magic marker to bring us a day closer to a new President. I had voted for Nixon in my first election; that had been an easy choice over the hapless George McGovern. However soon after the election, it became clear that Nixon and his people had acted beyond the pale. It did not matter whether I had voted for him; he had gone too far.

Ignoring the adage that history tends to repeat itself, many of us who lived through those days thought they would never return. The convulsive effect of the downfall of the Nixon Administration was at the time so significant that a recurrence during our lifetime was unimaginable. Another White House enemies list? Unthinkable!

Yet it appears to be. Maybe they have not written down the names, but all other elements are there. Obama goes after a news organization just like Nixon went after the press, and had on his enemies’ list Daniel Schorr. Shutting down the opinions of a private company, as Obama did to Humana, is thuggishly reminiscent of the dirty-tricks crowd. Attacking the U.S. Chamber of Commerce seems like something distasteful that we have seen before.

When your arguments cannot be sustained, the easy thing to do is vilify your opponents. Nixon did it out of paranoia and Obama appears to be doing it because he is losing. The astonishing thing is that people like Henry Waxman, who rode into office on the back of Watergate, cannot pick up the phone and tell his colleagues to stop. It’s always sad when ideologues sacrifice the most cherished principles of this country for some minor – and temporary – political gain.

Like many other Americans, I watched Glenn Beck the other night just to see what all the fuss was about. Beck has his schtick. He is much too cutesy for me and not nearly erudite enough for my taste. He was making fun of Anita Dunn and her comments endorsing the political philosophy of the mass murderer Mao. Beck was straightforward and truthful, but to be honest, he gave me little reason to watch him again. Obama, Rahm Emanuel and Dunn have done this guy a favor by giving him the recognition he would likely never have otherwise received.

It reminds me of how no one thought the Democrats had a chance in the 1972 election, yet Nixon gave them too much attention. That brought disaster to Nixon and the Republicans. Obama risks suffering the same fate unless he calls the attack dogs off and starts acting presidential.