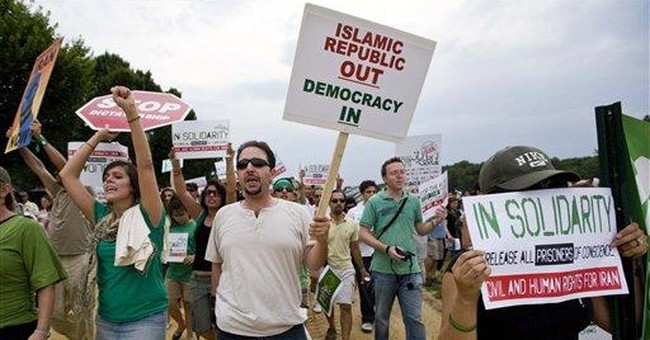 Irving Kristol, a giant of the 20th century, left us this past week. “Mugged by reality” was his famous description of his personal journey from socialist to liberal to godfather of the neo-conservative movement. That describes what has happened to the American public and, in his waning days, Kristol must have been proud.

Last fall, the American people elected Barack Obama as President. Despite his clear lack of experience he was able to put together a campaign that toppled the presumptive Democratic nominee, Hillary Clinton. He then ran a solid campaign against John McCain. At times, Obama appeared to be the grown-up in the campaign as McCain made misstep after misstep. While it is doubtful that Mr. Obama would be president today had it not been for the downfall of Lehman Brothers and the ensuing fiscal crisis, he won the 2008 election fair and square.

His victory left him and his team with the impression that he had a mandate -- to make significant changes in public policy. The Obama team felt they could use the cover of the financial crisis to change the dynamics of how our private and public sectors interact. They allied with members of Congress like Nancy Pelosi and Henry Waxman who have waited a political lifetime to implement fundamental and far-reaching changes that tilt the balance toward the public sector. They had seen it happen in certain European countries and felt that the moment had arrived to achieve it here.

We are now in the midst of the single largest domestic public policy debate in my lifetime. Certainly there were intense debates when Ronald Reagan asserted his positions in the 1980’s. There was also significant discussion during the Clinton years about his proposals for health care and welfare reform. The most heated disputes have occurred around foreign policy issues -- Viet Nam, Iran-Contra and the Iraq War have all raised greater public ire.

However, the size of the current debate generates from the overwhelming magnitude of change in public policy proposed for this country. This includes the stimulus package, the energy bill commonly referred to as “Cap and Trade,” the public takeover of segments of the automobile and finance industry, the huge annual increase in government expenditures and above all the linchpin – health care.

Only twice in our history has domestic policy been as significant. The first was at our inception. That was from utter necessity as people like Alexander Hamilton needed to define the ground rules of our new country. The second was during the Great Depression. The problem is that no matter how bad the current economy is, it is not the second Great Depression. In fact, it appears to be turning out to be a real severe recession akin to the early seventies, but no worse. It may not even be as bad as the conditions at the end of the Carter years.

The American people have evaluated this ideology-driven attempt to restructure their relationship with their government and have risen up with an emphatic “NO!” They have been “mugged by reality.” Their self-realization has made me as proud an American as I have ever been.

From all appearances this has been a grassroots uprising unlike any I have seen since the protests of the Viet Nam war. Certainly, the Republican establishment was in such disarray that it could not have effectively done this. Republicans did not have comparable organizations to MoveOn.org or ANSWER on the left. In fact, Sheldon Adelson and a few other Republican leaders had tried to form such an organization in 2007-8 and it faltered. No matter what Nancy Pelosi and Harry Reid want to say with their cute little quip about “Astroturf events,” it just is not true.

So what have these average Americans gotten for actually participating in their government by having “tea parties” and showing up to Congressional Town halls? They have been called names. They have been called wing-nuts, fundamentalists, gun-toting extremists, birthers, paranoid and a whole lot more.

Will I state that there are some less-than-rational people involved in these protests? Absolutely. But there are a whole lot less than there will be in Pittsburgh this week for the G-20 summit or there were in Seattle when they ripped the city apart.

I was recently reminded of a famous statement by Nobel Laureate Friedrich A. Hayek in “The Constitution of Liberty.” He wrote that all political theories assume, of course, that most individuals are ignorant. The Obama Administration and its Congressional allies are not exceptions to this principle. First, they assumed the American people would just roll over and accept these significant policy changes without a fight. Second, as always, they presume to know better what is good for the people and fervently believe that putting decisions in the hands of the governistas would be best for all.

As I said, I have never been prouder to be an American. My fellow citizens have clearly told their public officials that they have gone way too far and they need to roll things back. They don’t want the extreme environment bill, they don’t want governmental hands all over health care and, above all, they don’t want gargantuan deficits whose only result can be sharply higher taxes and/or severe inflation.

The Democrats need to realize that assuming their constituents are ignorant is a falsehood. Americans understand what is being attempted here and have said “No Way!” If the Democrats want to see a Republican landslide in November 2010, then they should continue on their current path. But if they want any hope of maintaining their elected positions, they need to address these issues without extreme solutions.

Unfortunately, the Democratic leaders give every appearance that they are tone-deaf ideologues. Fasten your seat belts my friends - we are in for one heck of a bumpy ride.