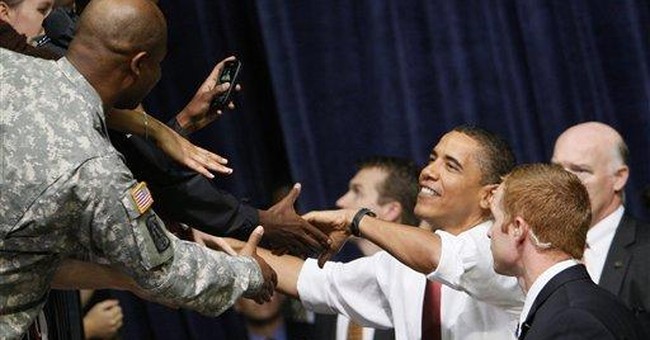 --By now you are probably familiar with Van Jones, the former Green Jobs Czar of the Obama Administration. He resigned in the middle of the night blaming his enemies for his uncouth and inappropriate behavior, which included referring to Republicans as “a*#holes” in a public forum and supporting the premise that George W. Bush was involved in the attacks of 9/11.

More importantly, why was this man appointed to a position to create green jobs in the first place? He wrote a book on the matter, but has never actually created one job. Only in the Obama Administration would someone who has only intellectualized about creating jobs be appointed to oversee others in the creation of jobs.

--Charlie Rangel has gotten himself in a whole lot of trouble because of selective disclosures in his required financial statements. What no one seems to be focusing on is that Charlie Rangel, who has been a Congressman for 39 years, has amassed quite a nice portfolio of investments as a public servant. One might wonder how he has had time to be such a savvy investor. Also, if you had neglected to report significant amounts of income from a foreign country Mr. Rangel (which is precisely what Mr. Rangel did), you would be subject to a $10,000 penalty. “Lucky Charlie”, of course, will get off scot-free.

--Following on the heels of the unsuccessful Van Jones, President Obama has appointed Ron Bloom as his Manufacturing Czar. Mr. Bloom has never actually worked in manufacturing or ever created a job. He has been an investment banker and worked in the labor movement. I suspect his main qualification is he has an M.B.A. from Harvard.

This Administration has a distinct lack of people who have real world experience and too many people who are book smart. I have met lots of people who have gotten advanced degrees and I know that it is a lot harder to create jobs than get through graduate school.

--Baseball executives have made significant attempts to expand their customer base and bring new people into the stadiums. However, some parks and franchises appear to be unwilling to educate the new fans on baseball culture. These newbies walk in late and seat themselves in the middle of plays. They get up to get food or go to the lavatory during critical moments of the game and block the view of other spectators. They stand in the middle of aisles holding their infant children with total disregard for the people behind them. Some of these acts would seem to lack basic human kindness. Given that this is the me generation era, how do baseball executives expect people to learn appropriate game decorum if they don’t teach them? This is part of a culture from the ‘60s that says we cannot tell others what to do.

To their credit some sports organizations provide this guidance to customers. The L.A. Lakers will not allow you to go to your seat in the middle of play. If people cannot figure out basic consideration, they need to be guided.

--I have been wondering why the unions are so interested in healthcare reform. Their workers are covered for healthcare in their union contracts, usually with overly-rich benefits. Union leaders are not known for their magnanimous nature. So why can you find unions like the S.E.I.U. marching for this cause? There has to be another agenda.

Do you believe that President Obama actually believes that the government is going to save $400 billion by rooting out waste, abuse and fraud from government healthcare payments? I don’t believe that he believes that, nor do I think he is that naïve or stupid. That leaves the obvious about his statement.

Mr. Obama stated that there will be no coverage for illegal immigrants in the healthcare bill. That means that Mr. Obama is going to have to instigate law changes that will make it possible for doctors and emergency rooms to check for citizenship and deny services to non-citizens. The chances of that happening are nil.

If it is so urgent that there is not time to thoroughly read, understand and debate the various health care bills, why do they not go into effect until 2013?

--The left is bantering around the term racist the way they used the word Nazi in the past. Their loose usage of each term devalues the meaning of each. To his credit, Mr. Obama has stayed away from using any reference, but he could put a stop to it by stomping on the people like Maureen Dowd and Diane Watson who have lowered the level of national debate to the gutter. The only racists here are the ones who keep calling others racist.

--Ted Kennedy’s legacy will be sealed if the Massachusetts Legislature overturns the law he had changed in 2004 to allow the now Democratic Governor Deval Patrick to appoint his replacement instead of waiting for an election. It will be proof of his lack of integrity and political ruthlessness being carried to his grave.

--Reflecting, it stuns the imagination that people previously referred to Jimmy Carter as our best ex-President.