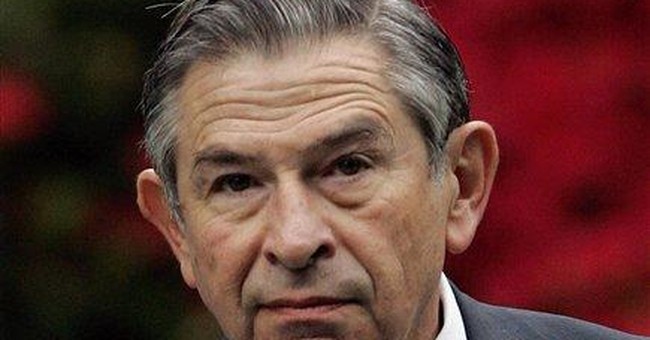 It now seems almost certain that Paul Wolfowitz will leave the presidency of the World Bank. It’s only a matter of negotiating the terms of his resignation.

For those who have not been following this issue, Wolfowitz got into trouble because his girlfriend worked at the Bank when he was chosen by George W. Bush to be its president. In order to avoid a potential conflict of interest, he arranged to have her detailed to the State Department. Because this was essentially an involuntary move on her part, she was given a large pay raise as compensation.

This pay raise to Wolfowitz’s girlfriend became a source of contention between him and his critics on the Bank staff, who have been unhappy with some of his policies. Further details are unimportant. All that matters is that the whole issue has become a major embarrassment for the Bank.

I don’t know whether Wolfowitz did the right thing or the wrong thing in the way he handled the problem of becoming the boss of an organization employing his girlfriend. It’s quite possible that the whole affair was blown out of proportion by people who were simply opposed to his policies and seized upon it to discredit them. All I know is that the game is over and it’s time to move on.

In my opinion, a key source of the Wolfowitz problem is the means by which the World Bank president is chosen in the first place. Because of an informal understanding made just after World War II, the position has always been filled by an American. As part of the same understanding, the head of the International Monetary Fund has always been a European.

Consequently, the president of the United States can pretty much pick anyone he feels like to run the World Bank. The job doesn’t require Senate confirmation or even a background check. The U.S. Executive Director at the Bank simply puts forward the name of whoever has been designated and it is rubber stamped by the board of the World Bank.

Therefore, there is really no opportunity for anyone other than the American president to review the qualifications or appropriateness of his choice. Once the decision is made, it is a fait accompli.

In practice, previous White Houses have always deferred to the Treasury Department regarding the World Bank, because it monitors U.S. involvement with that institution on a day-to-day basis. However, that seems not to have been the case with Wolfowitz. According to Britain’s Financial Times newspaper, the Treasury was basically cut out of the loop on Wolfowitz and only learned of his appointment when informed by the British Treasury. Apparently, Bush told British Prime Minister Tony Blair of his decision before notifying his own Treasury secretary.

It’s easy to see why this was probably the case since the Treasury undoubtedly would have opposed Wolfowitz’s appointment. He is not a banker, has done no work in the area of international economic development, and is not generally considered to be a good manager. Wolfowitz’s only qualification appears to have been that he was an early and ardent supporter of the Iraq war while serving as deputy secretary of Defense. For this, Bush took a liking to him and gave him the high-paying Bank presidency as a gift for loyal service.

Had President Bush followed the normal procedure of nominating a Bank president who had been recruited and vetted by the Treasury, he would have saved himself a lot of grief. It was a mistake for him to treat the World Bank presidency as a patronage job no more important than the ambassador to Bermuda, which is often given to someone with no qualification other than being a large campaign contributor.

In many cases, an ambassador is just a ceremonial position with no power. So it doesn’t really matter whether the person holding it is qualified or not. But the World Bank presidency is a powerful position that can meaningfully affect the lives of millions of people in the developing world, not to mention the thousands of people on its staff.

President Bush owes it to the Bank and everyone affected by it to be more responsible in choosing Wolfowitz’s replacement. He should let the Treasury do its job this time and find someone with the appropriate background and experience—and preferably a person who doesn’t have someone working there who is a spouse, boyfriend, girlfriend, child or whatever.

Since my endorsement would be the kiss of death, I won’t suggest any names to replace Wolfowitz. Let’s just say that there are plenty of people out there who have the skills and qualifications to run the World Bank without creating unnecessary controversy. The Treasury knows who they are. President Bush should follow its lead this time.